Prior to Sabre, Jones joined American Airlines in 1978 as Director of Product Development when American Airlines acquired Agency Data Systems, a Florida-based mini-computer accounting systems company. He became president of the division when it moved to Dallas/Fort Worth.

A graduate of Denison University in Granville, Ohio, Jones entered the travel industry in 1971 as a travel agent with Vega Travel in Chicago. He later served five years as a vice president of Travel Advisors, a company specializing in business travel to Eastern Europe and the USSR, with offices in Chicago and Moscow.

Jones is managing principal of ON, Inc. a consultancy he co-founded to help companies in their transition to the digital economy. He serves as Chairman of the Board of Kayak.com, and is on the boards of Boingo, Smart Destinations, Inc., Luxury Link and Rearden Commerce. He is a special venture partner with General Catalyst Partners of Boston.

To request Terry Jones to speak at your next event, contact:
Robinson Speakers | The Gold Standard For Keynote Speakers
646-504-9849 | info@robinsonspeakers.com 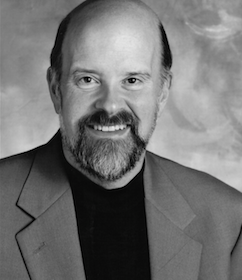