Host of “Dirty Jobs” — an incredibly entertaining and heartfelt tribute to hard labor.

It’s quite likely that Mike Rowe has held more jobs than any living person. Rowe is a co-creator and the host of the series Dirty Jobs, now in its fifth year on the Discovery Channel. On the show, he learns and performs hundreds of jobs that require, it’s fair to say, a little bit of getting dirty — from chick sexer to mushroom farmer, beekeeper to boiler repairman. He and his show celebrate the sweaty and vital labor that’s often hidden behind gleaming office towers.

His own career has run from the world of opera to the world of QVC shopping television, for which he was a legendary late-night pitchman. In addition to Dirty Jobs, he is also the voice of Deadliest Catch, the spokesperson for Ford, and host of numerous other television shows and sporting events. In his latest incarnation, Rowe has become an unofficial spokesperson for workers.

To request Mike Rowe to be a guest speaker at your next event, contact:
Robinson Speakers Bureau | The Gold Standard For Keynote Speakers
+1 646-504-9849 | info@robinsonspeakers.com 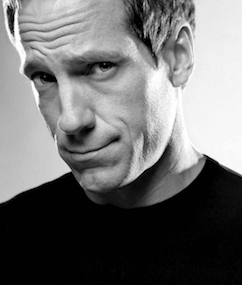