John P. Kotter is internationally known and widely regarded as the foremost speaker on the topics of Leadership and Change. His is the premier voice on how the best organizations actually achieve successful transformations. The Konosuke Matsushita Professor of Leadership, Emeritus at the Harvard Business School and a graduate of MIT and Harvard, Kotter’s vast experience and knowledge on successful change and leadership have been proven time and again.

When speaking to groups, Kotter draws on the history of recent successes and failures in the business world. He explores the new rules of leadership and the importance of lifelong learning in the post-corporate world. Kotter offers the leadership tools necessary to achieve success in a business world that reinvents itself every day. He continues to speak at Harvard Business School Executive Education Programs, including the prestigious Advanced Management Program (AMP). These highly competitive professional seminars were created by Kotter to teach the important steps needed for successful leadership and change. When John Kotter speaks to an audience he speaks with one and only one goal: to motivate action that gets better results.

Kotter has authored 17 books, twelve of them bestsellers. His works have been printed in over 120 languages and total sales exceed two million copies. His latest book, A Sense of Urgency, focuses on what a true sense of urgency in an organization really is, why it is becoming an important asset and how it can be created and sustained. Just released in September of 2008, Urgency reached #7 on the New York Times bestseller list in early October.

John Kotter’s international bestseller Leading Change—which outlines an actionable eight-step process for implementing successful transformations—has become the change bible for managers around the world. Our Iceberg Is Melting, the New York Times bestseller, puts the eight-step process within an allegory, making it accessible to the broad range of people needed to effect major organizational transformations. His books are in the top 1% of sales on Amazon.com.

John Kotter’s articles in The Harvard Business Review over the past twenty years have sold more reprints than any of the hundreds of distinguished authors who have written for that publication during the same time period. Kotter has been on the Harvard Business School faculty since 1972. In 1980, at the age of 33, he was given tenure and a full professorship, making him one of the youngest people in the history of the University to be so honored.

The many honors won by Professor Kotter include an Exxon Award for Innovation in Graduate Business School Curriculum Design, a Johnson, Smith & Knisley Award for New Perspectives in Business Leadership, and a McKinsey Award for Best Harvard Business Review Article. Professor Kotter’s Leading Change was named the #1 Management Book of the Year by Management General. In 1998, his Matsushita Leadership won first place in the Financial Times, Booz-Allen Global Business Book Competition for biography/autobiography. In 2003, a video version of a story from his book The Heart of Change won a Telly Award. In 2006, Kotter received the prestigious McFeely Award for “outstanding contributions to leadership and management development.” In 2007, his video “Succeeding in a Changing World” was named best video training product of the year by Training Media Review and also won a Telly Award.

To request John Kotter to speak at your next event, contact:
Robinson Speakers | The Gold Standard For Keynote Speakers
646-504-9849 | info@robinsonspeakers.com 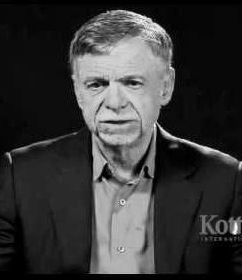