Chester Elton – The Apostle of Appreciation

Called the “Apostle of appreciation” by the Globe and Mail, Canada’s largest newspaper, and “creative and refreshing‚” by the New York Times, Chester Elton is co-author of several successful leadership books. All In, The Carrot Principle and The Orange Revolution by Simon & Schuster have been New York Times and #1 Wall Street Journal bestsellers. His work has been called a “must read for modern managers,” by Larry King of CNN.

Elton’s books have been translated into more than 30 languages and have sold over a million copies worldwide. As a motivation expert, Chester has been featured in the Wall Street Journal, Washington Post, Fast Company magazine and the New York Times, and has appeared on NBC’s Today Show, CNN, ABC, MSNBC, National Public Radio and CBS’s 60 Minutes. And if you Google the 30 top leadership gurus of 2013, you’ll find Chester Elton at number 15, right behind Jim Collins and Jack Welch and just ahead of Ram Charan, Seth Godin and Tom Peters.

Chester has spoken to audiences from Seattle to Singapore, Denver to Dubai, and from Toronto to Istanbul. He was the highest rated speaker at a recent national Society for Human Resource Management annual conference (Bill Cosby was the number two rated speaker).
He serves as a leadership consultant to firms such as American Express, Avis Budget Group and Cigna. He is most proud, however, to be the father of four exceptional children.

To request Chester Elton to be a speaker at your next event, contact:
Robinson Speakers Bureau | The Gold Standard For Keynote Speakers
+1 646-504-9849 | info@robinsonspeakers.com 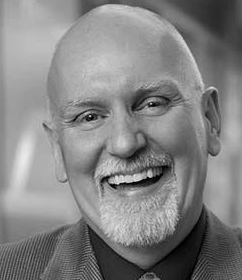