Mr. Cashman joined Korn Ferry in 2006 via its acquisition of LeaderSource, a firm he founded and ranked as one of the top three in leadership development globally. Between 2006 and 2008, Korn Ferry, LeaderSource, Lominger International, and Lore International joined forces to create a premier global leadership and talent consulting practice.

Mr. Cashman is the author of five books on leadership and career development. His second edition of Leadership from the Inside Out was published in 2008 and incorporates the latest research, case studies and thought leadership gained over the past ten years. An earlier book, Leadership from the Inside Out, was named the #1 best-selling business book of 2000 by CEO-READ and was also named one of the top twenty best-selling business books of the decade. He has written numerous articles and papers on leadership and career management, and has been featured in The Wall Street Journal, Chief Executive, Human Resource Executive, Fast Company, Strategy & Leadership, Oprah, CNN, National Public Radio, and other national media. Mr. Cashman was formerly the host of CareerTalk radio and is currently a leadership columnist for Forbes.com.

To request Kevin Cashman to speak at your next event, contact:
Robinson Speakers | The Gold Standard For Keynote Speakers
646-504-9849 | info@robinsonspeakers.com 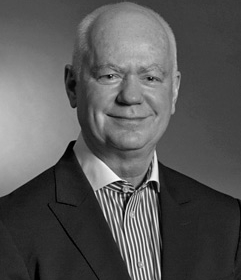