A pioneer in the law and politics, Carol Moseley Braun engages her considerable expertise to inspire and energize audiences worldwide. Her unified vision is explored in conversations about food and food policy, public education, racial integration and diversity, and women’s social and political progress. A prominent Democratic candidate in the 2004 Presidential race, Carol Moseley Braun qualified for more states’ ballots than any woman in history. Ambassador Braun’s public service includes experience in local, state and national government, where she has served as a U.S. Senator representing Illinois, and U.S. Ambassador to New Zealand and Samoa, as well as County Executive Officer, State Representative, and Assistant U.S. Attorney.

Today Ambassador Braun is a private sector entrepreneur in the growing field of organic products. Her path to this industry started at the Michael Fields Institute in East Troy, Wisconsin with an initiation into Biodynamic agriculture. Harkening back to summers in Alabama on her great-grandmother’s farm, Ambassador Braun became a strong advocate for this holistic agricultural system. She realized her commitment to a healthier environment and better quality food production would be best expressed through entering the Biodynamic and organic products industry realm. In 2005, she incorporated Good Food Organics™, a premium, Certified USDA Organic and Biodynamic products company.

To request Carol Moseley Braun to speak at your next event, contact:
Robinson Speakers | The Gold Standard For Keynote Speakers
646-504-9849 | info@robinsonspeakers.com 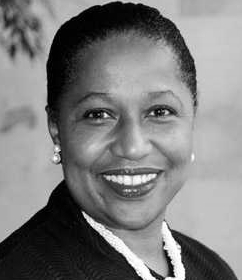