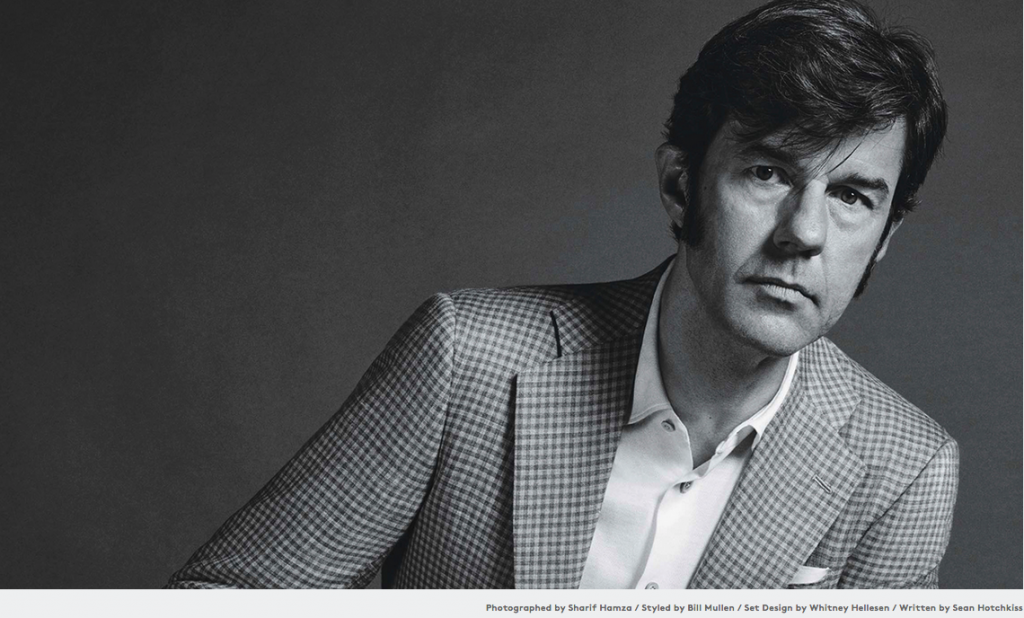 Stefan Sagmeister is a New York-based graphic designer and typographer who is best known for his album covers, posters and his uniquely packaged and designed books. He has designed album covers for Lou Reed, OK Go, The Rolling Stones, David Byrne, Aerosmith and Pat Metheny.

Stefan studied graphic design at the University of Applied Arts Vienna. He later received a Fulbright scholarship to study at the Pratt Institute in New York.

He began his design career at the age of 15 at “Alphorn,” an Austrian Youth magazine. In 1991, he moved to Hong Kong to work the Leo Burnett’s Hong Kong Design Group. In 1993, he returned to New York to work at Tibor Kalman’s M&Co design company. His tenure there was short lived, as Kalman soon decided to retire from the design business.

Stefan then proceeded to form the New York based Sagmeister Inc. in 1993 and has since designed branding, graphics and packaging for clients as diverse as the Rolling Stones, HBO, the Guggenheim Museum and Time Warner. Sagmeister Inc. has employed designers including Martin Woodtli, and Hjalti Karlsson and Jan Wilker, who later formed Karlssonwilker.

Stefan is a long-standing artistic collaborator with musicians David Byrne and Lou Reed. He is the author of the design monograph “Made You Look” which was published by Booth-Clibborn editions. Solo shows on Sagmeister, Inc.’s work have been mounted in Zurich, Vienna, New York, Berlin, Japan, Osaka, Prague, Cologne and Seoul. He teaches in the graduate department of the School of Visual Arts in New York and has been appointed as the Frank Stanton Chair at the Cooper Union School of Art, New York.

His motto is “Design that needed guts from the creator and still carries the ghost of these guts in the final execution.”

Stefan goes on a yearlong sabbatical around every seven years, where he does not take work from clients. He is resolute about this, even if the work is tempting, and has displayed this by declining an offer to design a poster for Barack Obama’s presidential campaign. Stefan spends the year experimenting with personal work and refreshing himself as a designer.