Richard St. John can tell you what leads to everyone’s success. First, he achieved business success, became a millionaire, and won top marketing awards, including best corporate video in the world and an IABC Gold Quill, the most prestigious award in business communications.

Then one day on a plane a girl asked him, “What really leads to success?” To answer that question he spent ten years researching success and doing face-to-face interviews with Bill Gates, Martha Stewart, Richard Branson, the Google founders, Rupert Murdoch, Jane Goodall, James Cameron, four Nobel Prize winners, and over 500 other extraordinarily successful people in many fields.

He analyzed every word they said and built one of the largest, most organized databases on success. From that he discovered “The 8 Traits Successful People Have in Common” and wrote the bestseller 8 To Be Great. Bill Gates personally asked for a book and others who recommend it include Jeff Skoll, co-founder of eBay, and James Cameron, creator of the two most popular films of all time, Avatar and Titanic.

St. John has spoken to companies and organizations around the world and is consistently rated “Most Popular Speaker.” The largest bank in Norway chose him as the only other business speaker to do a keynote along with Richard Branson, at a private VIP event for top CEOs and highest-level government ministers. He has also shared the stage with Bill Gates and General David Petraeus, the U.S Chief Commander.

On the prestigious TED.com website, St. John’s talk is consistently in the top 20 “Most Viewed” (out of 1,000 talks) along with Bill Gates, Richard Dawkins, Tony Robbins, Stephen Hawking, and Malcolm Gladwell. His talk has also ranked highest in many TED categories, including “All Time Favorites,” “Most Inspirational,” “Funniest,” “Most Emailed,” and “Most Translated into other Languages.”

On the personal side, he has a black belt in judo, the highest rank. But his real passion is running and he has completed over 50 marathons on all seven continents, including Antarctica, with a best time of 2 hours and 43 minutes to run the 26 miles. He and his wife Baiba have also climbed two of the world’s Seven Summits: Kilimanjaro in Africa, and Aconcagua in South America.

Richard St. John’s books and talks take audiences on fast, factual, funny, and inspiring rides along the road to success, with new insights at every turn. He shares an incredible wealth of wisdom from the world’s most successful people, knowledge that can help others succeed in their own way, whether it’s building a business, raising a family, escaping poverty, or changing the world.

“Richard is the highest-rated, most inspiring speaker we’ve ever had at our conferences.”
Kristi Coombs, Manager Conference Programs, Institute of Internal Auditors,

“He was “The Most Inspirational Speaker” at our largest conference for the business community.”
Ellen Heggestad, Conference Organizer, Research Council of Norway

“He is the most consistently liked speaker I’ve ever worked with. Richard, your UK fans want you back again!”
Herb Kim, Founder, Thinking Digital Conference, UK

“Of all the speakers at our conferences, Richard was the best.”
Elizabeth Dillon Villarreal, Director, Youth United for Nuevo Leon, Mexico

To request Richard St. John to be a speaker at your next event, contact:
Robinson Speakers | The Gold Standard For Keynote Speakers
+1 646-504-9849 | info@robinsonspeakers.com 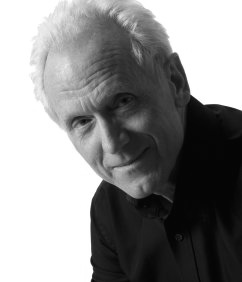