Simon Mainwaring is the founder of We First, the leading social branding firm that provides consulting and training to help companies tell the story of the good they do to build their reputation, profits and social impact.

He is a member of the Sustainable Brands Advisory Board, the Advisory Board of the Center for Public Diplomacy at the USC Annenberg School, the Transformational Leadership Council and a Fellow of the Royal Society of Arts in London. He contributes to Fast Company, Forbes, Huffington Post, Mashable, and GOOD Magazine on branding and social technology.

Simon’s first book, We First: How brands and consumers use social media to build a better world (Palgrave Macmillan) is a New York Times, Wall Street Journal, and Amazon bestseller. It was named an Amazon Top Ten Business Book for 2011, 800CEORead Top Five Marketing Book for 2011, and strategy+business named it the Best Business Marketing Book of 2011. It has been translated into Russian, Chinese, Taiwanese and Korean. Simon was included in Trust Across America’s, “Top 100 Thought Leaders in Trustworthy Business Behavior for 2012.” He has been featured in Advertising Age, Adweek, Huffington Post, Inc. Magazine, Fast Company, GOOD Magazine, andMashable, as well as appearing on the NBC, CBS, CBC, Business News Network, BNet, Business RockStars and Harpo Radio.

Simon is a sought after international speaker with keynote engagements including the Cannes International Advertising Festival, Royal Society of Arts, SXSW, National Press Club, TEDxSF, National Speakers Association, as well as brands such as Google, Coca-Cola, General Motors, Gucci, Patagonia, First Data, and Nextel. He was voted a Top 5 Marketing Speaker for 2012 and 2013 by Speaking.com.

Prior to starting We First, Simon was an award-winning Nike creative writer at Wieden & Kennedy and worldwide creative director for Motorola at Ogilvy, as well as consulting on dozens of Fortune 500 brands for leading advertising, production, and digital companies.

As writer or creative director, he worked on the U.S. launch of all generations of the Toyota Prius, the largest national service campaign for the Entertainment Industry Foundation that brought together all four major TV networks for the first time in U.S. television history, and numerous award-winning campaigns for Nike. His creative work has received over sixty international creative awards at the Cannes Advertising Festival, the One Show (U.S.), the Kelly Awards (U.S) and the British Design & Art Direction Awards, among others

To request Simon Mainwaring to speak at your next event, contact:
Robinson Speakers | The Gold Standard For Keynote Speakers
646-504-9849 | info@robinsonspeakers.com

Jennifer Aaker : The Power of Story 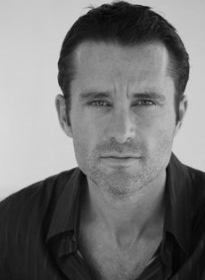