Things to know about Shed Simove

As well as a successful career in television production, Shed has forged a highly innovative merchandising empire – creating conceptual gifts, executive toys, best-selling adult sweets, books, greetings cards, and even his own currency. To date, Shed has sold over one and a half million novelty gifts worldwide and has won ‘Gift Of The Year’ twice, once for a range of birthday candles that spell “You’re Old”, and more recently for the “Sound Machine” sound effects box. His world-famous book, ‘What Every Man Thinks About Apart From Sex’ became an international bestseller despite consisting of two hundred completely blank pages. It reached number 44 on the Amazon chart and has been translated in numerous languages, including Spanish, Dutch, Croatian and Mongolian.

To request Shed Simove to be a speaker at your next event, contact:
Robinson Speakers Bureau | The Gold Standard For Keynote Speakers
+1 646-504-9849 | info@robinsonspeakers.com 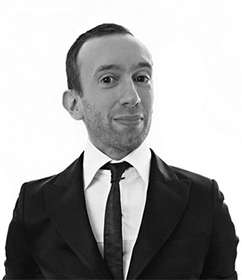