Widely recognized as the father of modern business strategy, Dr. Michael E. Porter is a renowned economist and one of the world’s most legendary thinkers on management and competitiveness. His first book, “Competitive Strategy” (Free Press), defined the modern strategy field since its publication in 1980. Throughout his career at Harvard Business School, he has brought economic theory and strategy concepts to bear on many of the most challenging problems facing corporations, economies and societies, including market competition and company strategy, economic development, the environment, and health care. Today, according to Fortune magazine, he has “influenced more executives – and more nations – than any other business professor on earth.”

Named a University Professor by Harvard University – the highest recognition that can be awarded to a Harvard faculty member – Dr. Porter and his competitive doctrine continue to spur catalytic change across global business, government and social sectors. Dr. Porter’s early work was on industry competition and company strategy, where he was the pioneer in utilizing economic theory to develop a more rigorous understanding of industry competition and the choices companies make to compete.

In addition to advancing his home field of industrial organization economics, Dr. Porter’s work has defined the modern strategy field. More recently, his work focuses on elevating America’s competitiveness through Harvard Business School’s U.S. Competitiveness Project – a research-led initiative that is part of the Institute for Strategy and Competitiveness, dedicated to furthering Dr. Porter’s principles. His Harvard Business Review article, How Smart, Connected Products Are Transforming Competition (November 2014), details a new era in competition driven by information technology and the Internet of Things. To capture the value creation opportunity presented by smart, connected products, businesses and their leaders must assess every part of their business strategy, he says.

Additionally, Dr. Porter has written about economic development and competitiveness, focused on the micro-economic underpinnings of national and regional economic development. His book “The Competitive Advantage of Nations” (Free Press,1990) was the initial foundation of this body of work. He also created the Cluster Mapping Project, which pioneered the rigorous measurement of economic geography and has become the standard in the U.S., Europe, and a growing number of other countries. His theories are widely applied by both government policymakers and economic development practitioners globally. Dr. Porter plays an active role in U.S. economic policy with the Executive Branch and Congress, and has led national economic strategy programs in numerous countries.

In environmental policy, Dr. Porter proposed the “Porter Hypothesis” in the early 1990s, which put forward the novel theory that strict environmental standards were not in conflict with company profitability or national competitiveness, but could enhance both. The Porter Hypothesis has given rise to several hundred scholarly articles in the literature on environmental economics.

Dr. Porter also developed a body of work on the role of corporations in society. His ideas have changed the way companies approach philanthropy and corporate social responsibility, and he introduced the concept of creating shared value in a 2011 paper with Mark Kramer that shows how capitalism itself can be the best route to real solutions to many social problems. Dr. Porter has also led the development of the conceptual framework underlying the new Social Progress Index. First released in 2014 and covering 132 countries, the Index rigorously measures each country’s social progress across multiple dimensions to complement traditional measurement focused solely on economic performance and GDP per capita.

Dr. Porter also devotes considerable attention to the economics of health care. His book, “Redefining Health Care” (Harvard Business Review Press, 2006), written with Dr. Elizabeth Teisberg, outlines a new strategic framework for transforming the value delivered by the health care system. Through this book and a series of articles, including What Is Value in Health Care? (New England Journal of Medicine, December 2010) and The Strategy That Will Fix Health Care (Harvard Business Review, October 2013), Dr. Porter has introduced the core concepts for reorganizing health care delivery organizations, measuring patient outcomes, understanding the actual cost of care by medical condition, designing value-based reimbursement models, and integrating multi-location healthy systems, among others.

Dr. Porter received a Bachelor of Science in engineering with high honors in aerospace and mechanical engineering from Princeton University, a master’s degree with high distinction from Harvard Business School; and a doctorate in business economics from Harvard University. He is the recipient of 22 honorary doctorates, and several national and state honors, including the first-ever Lifetime Achievement Award from the U.S. Department of Commerce for his contribution to economic development.

To request Michael Porter to be a speaker at your next event, contact:
Robinson Speakers Bureau | The Gold Standard For Keynote Speakers
+1 646-504-9849 | info@robinsonspeakers.com 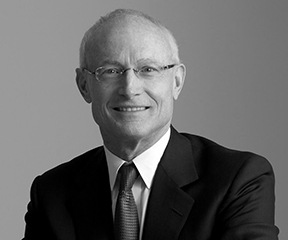