Mark Bowden is an author, journalist, screenwriter, and teacher

Mark Bowden is an author, journalist, screenwriter, and teacher. His book Black Hawk Down: A Story of Modern War, (The Atlantic Monthly Press, 1999) is an international bestseller, which spent more than a year on The New York Times bestseller list (a month at number one), and was a finalist for the National Book Award. A story of the bloody 1993 battle American soldiers fought in Mogadishu, Somalia, it inspired the acclaimed feature film by director Ridley Scott.

Mr. Bowden’s latest book is The Best Game Ever: Giants vs. Colts, 1958, and the Birth of the Modern NFL which chronicles the growth of modern pro football. He is also the author of the international bestseller Killing Pablo; The Hunt for the World’s Greatest Outlaw, Doctor Dealer (Warner Books, 1987), Bringing the Heat (Knopf, 1994), Our Finest Day (Chronicle, 2002) and Finders Keepers.

Bowden contributes to The Atlantic Monthly and The New Yorker, writes a weekly column for The Philadelphia Inquirer, where he was a staff writer for 22 years, and is an adjunct professor at Loyola College of Maryland, where he teaches creative writing and journalism. He was born in St. Louis, Missouri in 1951, and grew up in Glen Ellyn, Ill., Port Washington, N.Y. and Timonium, Md. He was graduated from Loyola College of Maryland in 1973 with a B.A. in English Literature. From that year until 1979 he wrote for the now defunct Baltimore News-American.

To request Mark Bowden to speak at your next event, contact:
Robinson Speakers | The Gold Standard For Keynote Speakers
646-504-9849 | info@robinsonspeakers.com

Carla Harris: The 50 Most Powerful Black Executives in Corporate America 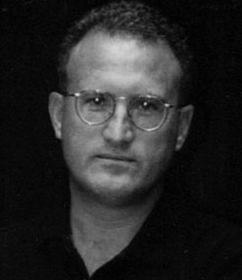