Osnos has covered pressing American concerns, from modern conservatism and gun control, to the Flint Water Crisis and the 2016 presidential election. He forecasted the implications of a Trump presidency in his extensive New Yorker piece, President Trump’s First Term, one of the magazine’s most-read articles of the year.

Co-author of the lead story, Trump, Putin, and the New Cold War, about Russia’s interference in the election, Osnos also wrote the cover story The Risk of Nuclear War with North Korea. Traveling to Pyongyang, North Korea for rare interviews with government officials, Osnos discussed their view of the Trump Administration and the prospect of war with the United States.

Based on his eight years living in Beijing, Age of Ambition is a multi-layered look at the rise of the individual in China and the clash between aspiration and authoritarianism. A Pulitzer Prize-finalist, Age of Ambition was called “a splendid and entertaining picture of 21st-century China” by The Wall Street Journal. The Washington Post wrote that “Osnos has portrayed and explained…this new China better than any other writer from the West or the East.”

In 2003, Osnos embedded himself with the US Marines during the invasion of Iraq and spent two years as the Chicago Tribune’s Middle East Correspondent. His piece “The Fallout,” about the events and aftermath of the Fukushima nuclear meltdown, won a 2012 Overseas Press Club Award.

Prior to joining The New Yorker, Osnos worked as the Beijing Bureau Chief for the Chicago Tribune, where he contributed to a series on the global trade in unsafe imports that won the 2008 Pulitzer Prize for investigative reporting. He was the 2007 recipient of the Livingston Award, the nation’s leading prize for young journalists, and the Asia Society’s Osborn Elliott Prize for Excellence in Journalism on Asia.

To request Evan Osnos to be a speaker at your next event, contact:
Robinson Speakers Bureau | The Gold Standard For Keynote Speakers
+1 646-504-9849 | info@robinsonspeakers.com 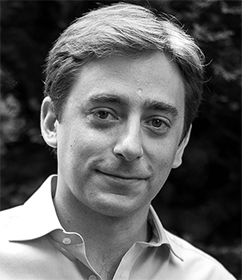