John J. Loftus is a former Army Officer, former Federal Prosecutor and noted historian. He is included among the few ever to have held COSMIC security clearances, including code word, NATO, and nuclear Top Secrets. For decades he has worked without pay as an attorney to help other law abiding intelligence agents blow the whistle on government corruption. He is the author of seven books, two of which were international best sellers and one was nominated for the Pulitzer Prize.

His 60 Minutes expose of Nazis war criminals working for US intelligence won the 1982 Emmy Award for outstanding investigative journalism. Since then he has been a frequent intelligence contributor for network television including CNN, ABC, and Fox. Several of his books have been made into television movies. American Secrets, a documentary film about his research into America’s finest families who funded Hitler, will soon be released in movie theaters nationwide.

Now that the classification clock has expired after thirty years, Mr. Loftus’ most recent book, America’s Nazi Secret, reveals for the first time what the US Justice Department has been censoring from the view of the American people. He rips the lid off the US connection to the Muslim Brotherhood, Al Qaeda, and other Middle Eastern terrorist groups.

Mr. Loftus currently lives in St. Petersburg, Florida and writes a weekly intelligence column, Spyview, for Ami Magazine in New York. He is the President of the international Intelligence Summit, and is the past President (and first Irish Catholic President) of the Florida Holocaust Museum.

To request John Loftus to speak at your next event, contact:
Robinson Speakers | The Gold Standard For Keynote Speakers
646-504-9849 | info@robinsonspeakers.com 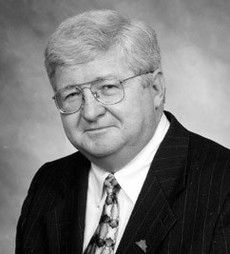