Jesse Itzler only eats fruit until noon, loves Run-D.M.C., and enjoys living life “out of the box,” actually, he doesn’t even have a box.

He is a former rapper on MTV and he produced both the NBA’s Emmy Award-winning “I Love This Game” music campaign and the popular New York Knicks anthem “Go NY Go.”

When he is not running ultra marathons or being a dad to his four kids, Jesse can be found at the NBA’s Atlanta Hawks games, where he is an owner of the team. He is married to Spanx founder Sara Blakely and the couple and their 4 children live in Atlanta, Georgia.

To request Jesse Itlzer to be a guest speaker at your next event, contact:
Robinson Speakers Bureau | The Gold Standard For Speakers
+1 646-504-9849 | info@robinsonspeakers.com 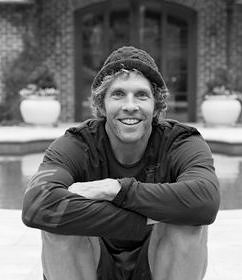