It is hard to think of any FTSE 100 boardroom where the drama can have been as intense, and the decision-making as fraught, as at Barclays. One of the former non-executive directors, Dambisa Moyo, has now broken cover to write a book partly based on her experience there.

Moyo was one the board that promoted Bob Diamond to chief executive, paid him his explosive bonus, saw him forced out by the governor of the Bank of England over the Libor scandal, both hired and then fired Antony Jenkins, recruited the present incumbent Jes Staley and then had to grapple with his whistleblower rule-breaking. And of course was in the thick of it over umpteen regulatory fines and reprimands, not to mention an abortive prosecution by the Serious Fraud Office.

What did she learn from all that? “Great humility,” Moyo, who left in 2019 after nine years, says, “To this day I have it as a badge of honour.”

But this book is no exposé. This most indiscreet Moyo gets when she says the stake-building by the activist investor Ed Bramson “was a source of board consternation.” No kidding. She hints too at personal reservations about the bank’s decision largely to pull out of Africa after 100 years, although she went along with it, arguing it had little choice because of regulatory issues.

Instead the book, How Boards Work, is more of a guide to budding non-executive directors on what to expect and how to do the job well. Moyo, 52, a Zambian-born economist and former Goldman Sacks department executive, certainly has the experience. Her past and present board positions include jobs at SAB Miller, Chevron, Barrick Gold and 3M.

SAB Miller was the UK drinks company that agreed to a $100 billion takeover by the Brazil-based AB InBev, a deal widely applauded by shareholders for the bumper price. “Extremely challenging,” Moyo recalls of those negotiations, which were interrupted but not derailed by the Brexit vote.

She is a cheerleader for capitalism and bog companies, arguing that the public tends to take them too much for granted. Speaking on a video call from New York, she said: “The point of the book is two-fold: one is to reassert the importance of corporations. To the extent that boards are at the helm, I do think we are unsung. Every day billions of goods and services are delivered across the world without incident. Boards are working.

“And, by the way, this is what we are doing all day. We’re not drinking Chåteau Rothschild and playing golf. There’s actual work that has to get done, both on boards and at the board committee level.”

She is amazed by the ignorance about boards, even in the top business schools. “It’s quite astonishing. People say they want to be on boards but if you ask them what exactly boards do, they have absolutely no idea.”

As a black woman in what has traditionally been a white man’s world, she has a valuable perspective. At her first Barclays AGM in 2010, a private shareholder stood up, pointed at her and demanded of the chairman what credentials she had to be on the board. “I was hurt that we live in a world where shareholders feel they need to pick apart people who don’t look like the other board members, but I was pretty glad that I had a decade at Goldman Sachs and my PhD to point to.”

She says that the need for more women and people from ethnic minorities on boards is incontrovertible. “The data is in. It’s clear that having a more diverse- by gender or race – board is value added in terms of return on equity and lard numbers. At the same time we definitely don’t want to create a situation where we are fighting discrimination with discrimination. I’m not interested in losing high-performing white guys because we are gung-ho about diversity.”

But she warns: “We don’t want to over-promote people who are unqualified for certain positions. And the truth of the matter is we don’t have to, because there are a whole number of women and minorities who are wholly qualified and have been overlooked.”

Moyo was on the Commission of Race and Ethnic Disparities, which hit a storm last month after finding little hard evidence for institutionalised racism. She and her fellow commission members were accused by some of being “culturally deaf” and Labour accused them of glorifying slavery.

She bridles at this. “I stand by the report. It’s done a great job to move the narrative and discussion forward. Nowhere, I repeat nowhere, in the document did we say that institutional racism does not exist. That is patently untrue.” The report has, however, been amended in recent days.

She thinks that some board guidelines in the UK need to change, such as the rule that directors are encouraged to go after nine years because they are no longer deemed to be independent. Boards need the kind of “institutional memory” that long-servers provide.

What else? “Where I think there has been a blind spot is that we do downplay ethics and the moral compass of the CEO and what that means for the broader organisation.

“If I look at my own career, at least half of the time when I have had to censure or punish or fire a chief executive, it had to do with an ethical infringement, not missed financial targets.”

Boards need to probe prospective chief executives more deeply before hiring them, she says. What is her killer question? “I really hate to give this question away, but it is: ‘What’s the worst things you’ve done to another human being?’ There’s no right or wrong answer, but I definitely think it’s not an easy one to skirt by.”

How did Jes Staley respond to that one? “I can’t tell you that!” she laughs and is off to her next Zoom meeting.

Is the future of work ‘hot offices?’

Sontag : Her Life and Work

Remaining Relevant in the New World of Work 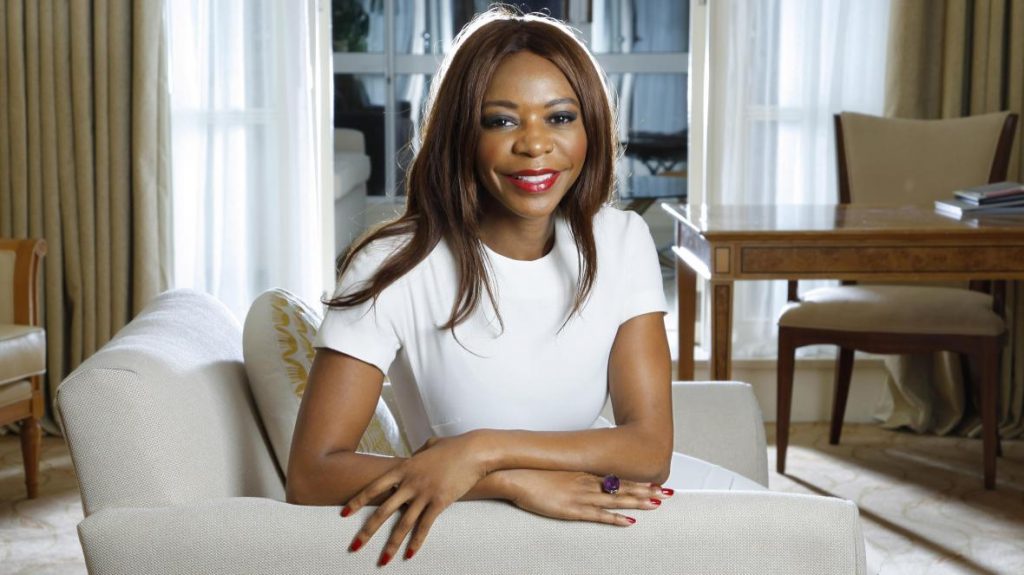