In 2010, Siri was acquired by Apple, where Cheyer became a Director of Engineering in the iPhone/iOS group. Cheyer is is also a Founding Member and Advisor to Change.org, the premier social network for positive social change, and a co-Founder of Sentient Technologies.

Before starting Siri, Adam Cheyer was a Program Director in SRI’s Artificial Intelligence Center, where he served as Chief Architect of the CALO/PAL project, an ambitious effort to create a next-generation personal cognitive assistant that learns and self-improves “in the wild” (e.g. with no code changes).

Cheyer’s team was responsible for integrating state-of-the-art AI technologies from 25 research institutions, universities, and commercial companies, into a functioning system that can provide user value and pass a set of yearly SAT-like tests.

Cheyer was VP of Engineering at Dejima (acquired by Sybase), where he was responsible for managing Dejima’s engineering staff, technology strategy, and for guiding the company’s product development in the areas of accelerated mobile search for enterprise and consumer applications.

Cheyer has more than 15 years experience in a variety of roles, including executive, software engineer, research scientist, consultant, lecturer, and technical manager. A pioneer in the areas of distributed computing, intelligent agents, and advanced user interfaces, he is the author of fifty-nine peer-reviewed publications and more than twenty issued patents. Cheyer has also participated on a number of Program Committees and Advisory Boards.

As Senior Scientist and Co-Director of the Computer Human Interaction Center (CHIC) at SRI International, Cheyer led a multidisciplinary team of researchers exploring web services, distributed knowledge, and pervasive computing. While at Bull S.A., he was lead developer and architect for NOEMIE, a configuration expert system used to manage Bull’s line of 30,000 hardware and software products worldwide. Cheyer received his bachelor’s degree with highest honors from Brandeis University and his master’s degree with an “outstanding master’s student” award from UCLA.

To request Adam Cheyer to be a guest speaker at your next event, contact:
Robinson Speakers Bureau | The Gold Standard For Speakers
+1 646-504-9849 | info@robinsonspeakers.com 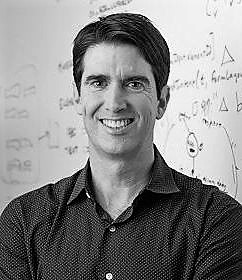