Max Levchin is a computer scientist and Internet entrepreneur. He is the co-founder and current CEO of Affirm, a digital lending start-up attempting to remake consumer finance from the ground up. Levchin is also Executive Chairman at Glow. Both Affirm and Glow came out of his data-as-commodity project HVF, which is working on new products.

Levchin was Chairman of Yelp for 11 years, from its founding until July 2015. He also founded and was CEO of Slide, which Google acquired, and subsequently shut down.

Levchin sat on the Board of Directors of Yahoo! until December 2015. Before that, he co-founded and was CTO of PayPal.

Levchin has appeared as a speaker at the Startup School organized by Y Combinator, where he describes his own journey as an entrepreneur and the mistakes he made and lessons he learned. Levchin was also featured in “Brilliant Issue” of Portfolio by Condé Nast Publications.

To request Max Levchin to be a guest speaker at your next event, contact:
Robinson Speakers Bureau | The Gold Standard For Speakers
+1 646-504-9849 | info@robinsonspeakers.com 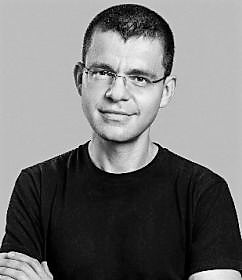