Titled by the Guinness Book of Records as “The Worlds Greatest Living Explorer”.

“the entire room was spellbound by your words and adventures, they were truly inspired by you” (DE LA RUE MAY 2011)

“the presentation was extremely entertaining, witty, inspiring, thought provoking and humbling, the best speaker we have every had and will find it difficult to follow next year” (PHILlPS – APRIL 2011)

“Sir Ranulph went down a storm. His presentation was amazing (you could hear a pin drop in the room)” (SOUTH STAND CONFERENCE FEBRUARY 2011)

“thank you again for making the evening so memorable, not only for myself but for the 590 people in attendance on the night, the feedback was overwhelmingly positive” (RICS QS & CONSTRUCTION JANUARY 2010)

Sir Ranulph Twisleton-Wykeham-Fiennes, 3rd Baronet, OBE (born 7 March 1944), better known as Ranulph (Ran) Fiennes, is a British adventurer and holder of several endurance records. He is also a prolific writer. Fiennes served in the British Army for eight years including a period on counter-insurgency service while attached to the army of the Sultanate of Oman. He later undertook numerous expeditions and was the first person to visit both the North and South Poles by surface means and the first to completely cross Antarctica on foot. In May 2009, at the age of 65, he climbed to the summit of Mount Everest. According to the Guinness Book of World Records he is the world’s greatest living explorer. Fiennes has written numerous books about his army service and his expeditions as well as a book defending Robert Falcon Scott from modern revisionists.

Fiennes served eight years in the British Army – in his father’s regiment, the Royal Scots Greys – and was later seconded to the Special Air Service, where he specialised in demolitions.

Service life was enlivened by various scrapes and escapades, including an occasion when Fiennes and another officer procured a very lively, squirming piglet, covered it with tank grease and slipped it into the crowded ballroom of the army’s Staff College, Camberley. On another occasion, offended by the construction of an ugly concrete dam built by 20th Century Fox[1] for the production of the film Doctor Dolittle in the Wiltshire village of Castle Combe – reputedly the prettiest village in England – Fiennes planned to demolish the dam. He used explosives which he later claimed to have accumulated from leftovers on training exercises.[1][2] Using skills from a recently completed training course on evading search dogs by night, he escaped capture, but he and a guilty colleague were both subsequently traced. After a court case, Fiennes had to pay a hefty fine and he and his co-conspirator were discharged from the SAS. Fiennes was initially posted to another cavalry regiment but was then allowed to return to his regiment.

Becoming disillusioned by his British Army service, in particular his career prospects, he spent the last two years of his service seconded to the army of the Sultan of Oman. At the time, Oman was experiencing a growing communist insurgency supported from neighbouring South Yemen. Fiennes had a crisis of conscience soon after arriving in Oman, as he became aware of the Sultan’s poor government. However he decided that the oppression threatened by a communist takeover, combined with moves towards progressive change within the Sultanate system, justified his part in the conflict. After familiarisation, he commanded the Reconnaissance Platoon of the Muscat Regiment, seeing extensive active service in the Dhofar Rebellion. He led several raids deep into rebel-held territory on the Djebel Dhofar and was decorated for bravery by the Sultanate.

Since the 1960s Fiennes has been an adventurer. He led expeditions up the White Nile on a hovercraft in 1969 and on Norway’s Jostedalsbreen Glacier in 1970. One notable trek was the Transglobe Expedition he undertook between 1979 and 1982 when he and two fellow members of 21 SAS, Oliver Shepard and Charles R. Burton, journeyed around the world on its polar axis, using surface transport only. Nobody else has ever done so by any route before or since.

As part of the Transglobe Expedition Fiennes and Burton completed the Northwest Passage. They left Tuktoyaktuk on 26 July 1981, in an 18 ft open Boston Whaler and reached Tanquary Fiord on 31 August 1981. Their journey was the first open boat transit from West to East and covered around 3,000 miles (2,600 nautical miles or 4,800 km) taking a route through Dolphin and Union Strait following the South coast of Victoria Island and King William Island, North to Resolute Bay via Franklin Strait and Peel Sound, around the South and East coasts of Devon Island, through Hell Gate and across Norwegian Bay to Eureka, Greely Bay and the head of Tanquary Fiord. Once they reached Tanquary Fiord, they had to trek 150 miles via Lake Hazen to Alert before setting up their winter base camp.

In 1992 Fiennes led an expedition that discovered what may be an outpost of the lost city of Iram in Oman. The following year he joined nutrition specialist Dr Mike Stroud to become the first to cross the Antarctic continent unsupported; they took 93 days. A further attempt in 1996 to walk to the South Pole solo, in aid of Breast Cancer charity, was unsuccessful due to a kidney stone attack and he had to be rescued from the operation by his crew.

In 2000 he attempted to walk solo and unsupported to the North Pole. The expedition failed when his sleds fell through weak ice and Fiennes was forced to pull them out by hand. He sustained severe frostbite to the tips of all the fingers on his left hand, forcing him to abandon the attempt. On returning home, his surgeon insisted the necrotic fingertips be retained for several months before amputation, to allow regrowth of the remaining healthy tissue. Impatient at the pain the dying fingertips caused, Fiennes cut them off himself with a fretsaw, just above where the blood and the soreness were.

Despite suffering from a heart attack and undergoing a double heart bypass operation just four months before, Fiennes joined Stroud again in 2003 to complete seven marathons in seven days on seven continents in the Land Rover 7x7x7 Challenge for the British Heart Foundation. “In retrospect I wouldn’t have done it. I wouldn’t do it again. It was Mike Stroud’s idea”. Their series of marathons was as follows:

Originally Fiennes had planned to run the first marathon on King George Island, Antarctica. The second marathon would then have taken place in Santiago, Chile. However, bad weather and aeroplane engine trouble caused him to change his plans, running the South American segment in southern Patagonia first and then hopping to the Falklands as a substitute for the Antarctic leg.

Speaking after the event, Fiennes said the Singapore Marathon had been by far the most difficult because of high humidity and pollution. He also said his cardiac surgeon had approved the marathons, providing his heart-rate did not exceed 130 beats per minute. Fiennes later said that he forgot to pack his heart-rate monitor, and therefore did not know how fast his heart was beating.

In March 2007, despite a lifelong fear of heights, Fiennes climbed the Eiger by its North Face, with sponsorship totalling £1.8 million to be paid to the Marie Curie Cancer Care Delivering Choice Programme. On 24 May 2008, Fiennes had to abandon an attempt to be the oldest Briton to climb Mount Everest when, in another climb for charity, he was forced to turn back as a result of exhaustion after reaching the final stopping point of the ascent. A spokesman reported that Fiennes suffered with heart problems and vertigo during the climb.

On 20 May 2009, Fiennes successfully reached the summit of Mount Everest, becoming the oldest British person to achieve this. A BBC news report stated that Fiennes was the first person to ever have climbed Everest and crossed both polar ice-caps. Of the other handful of adventurers who had visited both poles, only four had successfully crossed both polar icecaps: Norwegian Børge Ousland, Belgian Alain Hubert and Fiennes. Fiennes, in successfully summiting Everest in 2009, therefore definitely became the first person ever to achieve all three goals. Ousland wrote to congratulate him. Fiennes continues to compete in UK-based endurance events and has seen recent success in the veteran categories of some Mountain Marathon races. His training nowadays consists of regular two-hour runs around Exmoor.

In September 2012 it was announced that Fiennes was to lead the first team on foot across Antarctica during the southern winter, in aid of the charity “Seeing is Believing”, an initiative to prevent avoidable blindness. It is intended that the team will be dropped off by ship on the Pacific coast of the continent and will wait for the Spring equinox on 21 March 2013 before embarking across the ice shelf. The team will ascend 10,000 feet (3,000 m) onto the inland plateau, and head to the South Pole. Fiennes and a skiing partner will lead on foot and will be followed by two bulldozers dragging industrial sledges.

To request Sir Ranulph Fiennes to speak at your next event, contact:
Robinson Speakers | The Gold Standard For Keynote Speakers
+1 646-504-9849 | info@robinsonspeakers.com 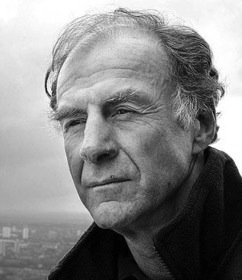