About Matt Britton:
Matt B. Britton is a youth marketing media proprietor based in New York City.
Britton currently serves as Chief Executive Officer of MRY, a marketing and technology agency with over 500 employees that is part of the Publicis Groupe. MRY, formed in 2013, is the combination of Mr. Youth, (the agency Britton founded in 2002) and the former U.S. operations of LBi. The two agencies merged under Britton’s leadership in January 2013 to become MRY. MRY’s clients include Visa, Coca-Cola, Bayer, and Neutrogena.

The Magma Group
In January 1997, Britton (then a college senior at Boston University) founded The Magma Group, a college marketing firm focused on the hi-tech industry.The Magma Group’s clients included Yahoo!, Lycos, eBay, and Sony Music. At the time Britton founded the Magma Group, he was involved in a successful entertainment promotions venture with hospitality entrepreneur Jason Strauss. In December 2002, The Magma Group was acquired in part by YouthStream Media Networks, where Britton was retained as the Director of Event Marketing Development.

Mr. Youth
In September 2002, Britton joined Paul Tedeschi to found Mr Youth LLC, a youth marketing agency. In 2005, Britton’s company Mr. Youth purchased the then 23-year-old CollegeFest event. In 2005 & 2006, Britton gained industry notoriety when he was a guest expert on the daily show with Jon Stewart regarding youth marketing.In February 2009, Mr Youth closed private equity financing with Alta Communications and The Mustang Group at which point Paul Tedeschi left the company. In 2009, Britton was also named a “modern day Don Draper” by the NY Post. In March 2010, Britton’s agency Mr Youth was named one of the top 10 most innovative Advertising/Marketing companies in the world. In March 2011, Britton announced the S-List a partnership with former NBA Star Rick Fox to leverage the use of social media by celebrities into branding opportunities. In November 2011, Britton sold Mr Youth to LBi for a reported $40 to $50 Million.

CrowdTap
In July 2011, Britton executed the spinoff of CrowdTap, a social media marketing software platform. Shortly thereafter CrowdTap completed $7 Million in Series A Funding from the Foundry Group. The company raised another $5Mill in Series B funding in 2014 from Foundry Group and others. Britton serves CrowdTap as their Chief Advisor.

YouthNation
In April 2015 Britton published his first book entitled “YouthNation” with Wiley Publishing. The book explores the impact millennials have on the future of business and brand building. The book peaked at #8 on the Los Angeles Times bestsellers list.

To request Matt Britton to be a speaker at your next event, contact:
Robinson Speakers Bureau | The Gold Standard For Keynote Speakers
+1 646-504-9849 | info@robinsonspeakers.com

Bruce Turkel : All About Them 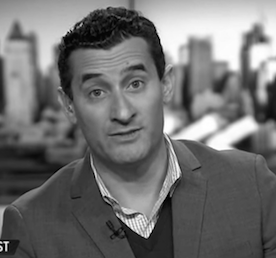