Dr. James Canton is a renowned global futurist, social scientist, author, and visionary business advisor. As a former Apple Computer executive and high tech entrepreneur, he has been insightfully forecasting the key trends and technologies that have shaped our world. The Economist recognizes him as one of the leading global futurists. He has advised three White House Administrations and over 100 companies.

Dr. Canton is CEO and Chairman of the Institute for Global Futures, a leading think tank he founded in 1990 that advises business and government . A frequent guest of the media, he was named “the Digital Guru” by CNN and “Dr. Future” by Yahoo for his insights. Dr. Canton is the author of The Extreme Future: The Top Trends That Will Reshape the World in the 21st Century, Dutton 2006, and Technofutures: How Leading-Edge Innovations Will Transform Business in the 21st Century.

Recognized as “one of the top presenters in the 21st century” by Successful Meetings Magazine, Dr. Canton is a highly sought-after keynote presenter. He has spoken to thousands of organizations on five continents. He is noted for his fascinating, informative, dynamic and entertaining keynotes.

Dr. Canton has held a academic appointments at Singularity University at NASA, the Kellogg School of Management, MITʼs Media Lab, Europe, the Potomac Institute, and served on the International Advisory Council, Economic Development Board for the State Singapore, been an advisor to the National Science and Technology Council, US
Departments of State, Defense and Health and Human Services.

“The subject of change was delivered with passion, excitement and received very positive ratings from our audience. As you know the times we live in are exciting and challenging. A person capable of captivating the essence of this fundamental shift is rare. You are such a person.”
– Senior Vice President & COO, Xerox

“You thoughts provided an interesting look into the future and generated considerable dialogue among my staff during our meeting and afterward. The audience was very complimentary about the content and delivery of your speech. Your comments gave us an insight into technology trends and new market suggestions that mapped exceedingly well with our strategic goals. As we face the challenges of the 21st century, we recognize that we have to understand future trends and react accordingly. Dealing with our day-to-day operational issues. We sometimes do not have enough time to focus on the future and your speech provided some very strong “headlights” on the road of the future of IT. I would highly recommend you to other groups and, once again, thank you for an excellent presentation.”
– Arthur E. Johnson, President & COO, Lockheed Martin

To request James Canton to speak at your next event, contact:
Robinson Speakers | The Gold Standard For Keynote Speakers
646-504-9849 | info@robinsonspeakers.com 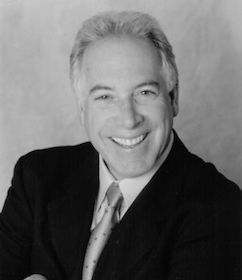