Dr. Amen is one of America’s leading psychiatrists and brain health experts. He has authored or coauthored 70 professional articles and more than 30 books, including New York Times mega-bestseller Change Your Brain, Change Your Life. He has appeared on numerous television shows including Dr. Phil, Larry King, Dr. Oz, The Doctors, and The View.

His breakthrough public television programs on brain and mental health have made him well loved by millions of viewers seeking guidance on memory, attention, other cognitive functions, emotional issues, behavior, and more.

The Washington Post has called Dr. Amen “America’s most popular psychiatrist” because of his wildly popular clinics which have over 4,000 patient visits a month and has the world’s largest database of functional brain scans relating to behavior, totaling over 140,000 scans on patients from 120 countries.

Dr. Amen has appeared in movies, including After the Last Round and The Crash Reel and was a consultant for the movie Concussion, starring Will Smith. He has also appeared on the Emmy-winning show The Truth About Drinking.

To request Dr. Daniel Amen to be a speaker at your next event, contact:
Robinson Speakers Bureau | The Gold Standard For Keynote Speakers
+1 646-504-9849 | info@robinsonspeakers.com 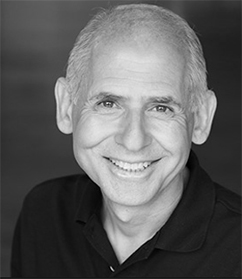