Larry McDonald noted economist, Political Policy Risk Manger and NY Times Best Selling Author. At the height of the 2008 financial crisis, Mr. Lawrence McDonald wrote a book on the fall of Lehman Brothers, “A Colossal Failure of Common Sense: The Inside Story of the Collapse of Lehman Brothers.”

In his book, Larry details his experience working as a distressed convertible bond trader at Lehman Brothers in New York and provides a behind-the-scenes look at why one of the most prominent investment banks failed. The book is a risk manager’s guide to all the right and wrong moves and explains why investors must stay ahead of policy moves coming out of Washington and Europe. Published in 2009 by Random House, Colossal Failure hit the New York Times Best Seller’s list in its first five days on the bookshelves and is now considered one of the top 20 financial books ever written.

To request Larry McDonald to be a guest speaker at your next event,
contact:
Robinson Speakers Bureau | The Gold Standard For Speakers
+1 646-504-9849 | info@robinsonspeakers.com 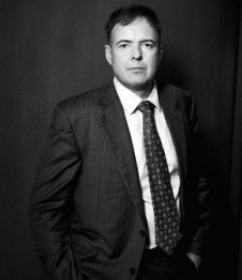