Tom Kolditz is the Director of the Doerr Institute for New Leaders at Rice University, and formerly Professor in the Practice of Leadership and Management and Director of the Leadership Development Program at the Yale School of Management. His experience as a leader development expert spans four decades in the public, private, and social sectors.

A retired Brigadier General and titled Professor Emeritus by the US Military Academy, Kolditz led the Department of Behavioral Sciences and Leadership at West Point for 12 years. In that role, he was responsible for teaching, research, and outreach activities in Management, Leader Development Science, Psychology, and Sociology. A highly experienced global leader, General Kolditz has more than 26 years in leader roles on four continents.

His career has focused on either leading organizations himself, or studying leadership and leadership policy across sectors. He served for two years as a leadership and human resources policy analyst in the Pentagon, and a year as a concept developer in the Center for Army Leadership, and was the founding director of the West Point Leadership Center. He was instrumental in the design and formation of the Thayer Leader Development Group, and is the managing member of Saxon Castle LLC, a leader development consultancy.

A skydiving instructor since 1980, Kolditz served as the senior instructor for the West Point Sport Parachute Team. He weaves his personal experiences and abilities as a soldier, skydiver, and scholar into the first-hand study, analysis, and practice of leadership in dangerous circumstances—in extremis leadership—and how such leadership can inform the practice of leading in more ordinary settings.

Kolditz’s most recent book, titled In Extremis Leadership: Leading as if Your Life Depended on It, was based on more than 175 interviews taken on the ground in Iraq during combat operations. He has been named as a leadership Thought Leader by the Leader to Leader Institute and as a Top Leader Development Professional by Leadership Excellence.

He holds numerous degrees, including a Bachelor’s degree in Psychology and Sociology from Vanderbilt University, as well as Masters and Ph.D. degrees in Social Psychology, a Master of Military Arts and Science, and a Masters in Strategic Studies.

To request Thomas Kolditz to be a guest speaker at your next event, contact:
Robinson Speakers Bureau | The Gold Standard For Speakers
+1 646-504-9849 | info@robinsonspeakers.com 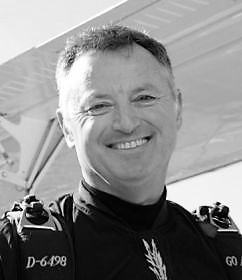