The man behind one of the most successful turn-arounds in retail history and author of the recently published “Management in 10 Words,” Sir Terry Leahy encourages quality leadership throughout all ranks of an organization — and fills you in on how to get there.

As the recently retired CEO of Tesco (1997?2011), Sir Terry Leahy is one of the most admired business leaders and speakers in the world. Knighted in 2002 for his services to food retailing, he is well known for successfully turning around Tesco to become the largest chain in Britain, transforming the country’s supermarket industry and disrupting the businesses of its competitors. Experts credit Leahy’s success to his hands-on style and marketing prowess, while Leahy places focus on experience and low-key leadership.

On June 7, 2012 Random House published Terry Leahy’s first book, “Management in Ten Words,” in which he shares ten essential management lessons that emerged from his intensive turnaround of the company. The book will help managers across the world understand what makes a company great and inspire them to move theirs forward.

Terry Leahy is in high demand as a speaker on the lecture circuit, and his countless speeches on management have viagra garnered standing ovations and critical acclaim. He stresses that effective leadership does matter in the success of an organization and believes that a truly effective leader is defined by what they influence others to achieve. He explains (and exemplifies) that a good leader takes individuals further than they would go on their own, and he directs managers to pass this idea along to their own employees, encouraging them to become leaders too.

In March 2008, Terry Leahy was nominated by Retail Week as Retail Leader of the Year. From 2005 to 2010, he was voted as Britain’s Most Admired Leader by Management Today and in 2004 he was named European Businessman of the year by FORTUNE magazine. In 2010, he received the Daily Telegraph’s Award for a Decade of Excellence in Business, a Lifetime Achievement award from Director magazine and was voted Business Person of the Year by the Sunday Times. In March 2011, Leahy received two awards from Retail Week: the Lifetime Achievement Award and Retail Leader of the Year.

To request Sir Terry Leahy to speak at your next event, contact:
Robinson Speakers | The Gold Standard For Keynote Speakers
646-504-9849 | info@robinsonspeakers.com 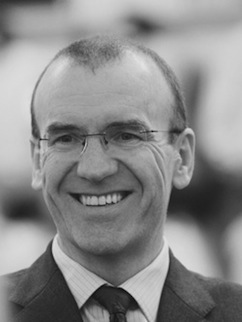