In many ways, the ship was actually an extreme example of the same problems facing many organizations today. What drove the success was Abrashoff’s realization that if things were going to improve, the first thing that needed to change was his own leadership style.

He began a determined effort to see the ship from the eyes of his crew – and then rethink how to lead and break from the traditional command and control model. When crew members asked him to solve a problem, his response became, “It’s your ship ─ what would YOU do?”

The result was an empowered culture and an engaged team who set new benchmarks for performance. Abrashoff’s speeches challenge people to re-imagine their own leadership thinking and instill a renewed responsibility for results and success. Audiences relate to Abrashoff’s dilemma: being held accountable for results in an environment where rules and regulations pose significant obstacles. His presentation equips people with the strategies, tactics and tools necessary to unleash breakthrough performance and extraordinary results in spite of the odds.

Abrashoff’s first book, It’s Your Ship: Management Techniques from the Best Damn Ship in the Navy, remains a best seller with 850,000 copies currently in print.

When Mike Abrashoff took command of the USS Benfold, morale was low, turnover was high and performance ranked at the bottom of the Pacific Fleet. Twelve months later the ship was the benchmark for performance – the shining star . . . using the very same crew. This inspiring talk is based on the vital leadership lessons Abrashoff learned as he led the remarkable turnaround of the ship. The first lesson was Abrashoff’s realization that before the ship’s performance could improve, his own leadership style had to change from the traditional command and control model. When the crew would present a problem, Abrashoff became known for responding “What would YOU do? It’s YOUR ship!” His Leadership Roadmap principles created a high performance culture and empowered his crew to take charge and use ingenuity and initiative to improve every aspect of the way things were done. Abrashoff’s presentation leaves audiences with the tools and inspiration to lead differently and elevate organizational performance to new levels.

IT’S OUR SHIP – PUTTING THE LEADERSHIP ROADMAP TO WORK

For organizations that want to get serious about improving performance, this presentation delivers examples of the Leadership Roadmap in action. Abrashoff brings to life stories of how the principles that led the transformation of the USS Benfold have been put into action at companies and organizations looking to harness the power of their most important asset – their people. He shows real leaders achieving dramatic results as they work to address their most pressing people challenges: collaboration, commitment, cohesion, accountability, engagement, rapid and continual innovation and diversity in the workforce. In example after example, the lessons from the Benfold clearly translate across all kinds of organizations – corporations, small business, non-profits and government. Abrashoff shows audiences, by example, how to use their new leadership toolkit. “It’s Our Ship” goes deep into the how-tos of creating a culture where everyone takes ownership and responsibility for taking performance to the next level.

Meant to deepen the learning from Mike Abrashoff’s keynote talk, Take Action sessions provide attendees with additional powerful tools and strategies to apply in their work environment. Facilitated by a senior strategist from Abrashoff’s firm, GLS Worldwide, and taking place immediately following the keynote, Take Action sessions create an exciting atmosphere that examines the key components of high performing leaders, teams and organizations. Participants will experience innovative, fast-paced individual and group exercises tailored to the leadership and cultural issues most relevant to the organization. They’ll learn practical application of principles outlined in the keynote and build a roadmap to achieve the personal and organizational goals they’ve outlined. Take Action sessions are customizable to meet time and resource-sensitive needs and require a minimum of 2 hours.

To request Mike Abrashoff to speak at your next event, contact:
Robinson Speakers | The Gold Standard For Keynote Speakers
646-504-9849 | info@robinsonspeakers.com 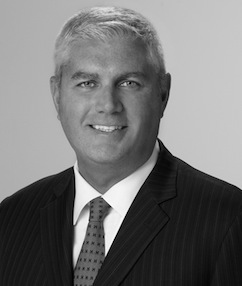