Mark Zandi’s broad research interests encompass macroeconomics, financial markets and public policy. His recent research has focused on foreclosure mitigation policy and the determinants of mortgage foreclosure and personal bankruptcy; he has analyzed the economic impact of various tax and government spending policies and assessed the appropriate monetary policy response to bubbles in asset markets.

A trusted adviser to policymakers and an influential source of economic analysis for businesses, journalists and the public, Mark Zandi frequently testifies before Congress on topics including the economic outlook, the nation’s daunting fiscal challenges, the merits of fiscal stimulus, financial regulatory reform, and foreclosure mitigation.

Mark Zandi conducts regular briefings on the economy for corporate boards, trade associations, and policymakers at all levels. He is often quoted in national and global publications and interviewed by major news media outlets, and is a frequent guest on CNBC, NPR, CNN, Meet the Press, and various other national networks and news programs.

Mark Zandi is the author of Financial Shock: A 360º Look at the Subprime Mortgage Implosion, and How to Avoid the Next Financial Crisis, described by the New York Times as the “clearest guide” to the financial crisis. His forthcoming book, Paying the Price, provides a road map for meeting the nation’s daunting fiscal challenges.

To request Mark Zandi to speak at your next event, contact:
Robinson Speakers | The Gold Standard For Keynote Speakers
+ 1 646-504-9849 | info@robinsonspeakers.com 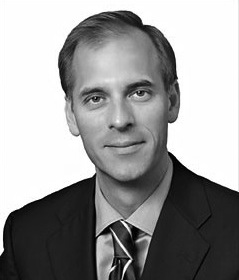