Erik Stolhanske, an actor, writer and producer, is a member of Broken Lizard, a well-known comedy group. He is probably most recognizable in his role as “Rabbit” in the hit comedy Super Troopers.

Stolhanske was born in Minneapolis, Minnesota. After graduating from Breck High School in 1987, he attended Colgate University. While in college, he and fellow college friends Jay, Kevin, Paul, and Steve formed a comedy group called Charred Goosebeak. After graduating, the friends moved their group to New York City and became known as Broken Lizard.

Stolhanske has written, produced and starred in all of the Broken Lizard’s films – including Puddle Cruiser, Super Troopers, Club Dread, Beerfest (with Cloris Leachman, Donald Sutherland, Mo’Nique, Will Forte and Jurgen Prochnow), as well as the Lizard’s latest release The Slammin’ Salmon – a comedy about one night in a restaurant owned and deplorably operated by Cleon Salmon, a former Heavy Weight Champion (played by the late Michael Clarke Duncan).

Stolhanske has also appeared in The Onion Movie, The Sweetest Thing and Watching the Detectives. On television, he can be seen on the HBO critically acclaimed series Curb Your Enthusiasm and Six Feet Under.

Besides writing, acting and producing, Stolhanske travels the country as a public speaker delivering keynote speeches to corporations, colleges, and veterans’ groups and volunteering his time to work with the Disabled Veterans of America whenever possible. Born without a fibula, Stolhanske overcame his disability to become one of Hollywood’s most popular comedians and has surprised many of his fans with his appearance in the popular exercise program P90X. He is now telling his poignant and often humorous story of overcoming obstacles, persevering, and overcoming adversity, even when the odds are stacked against you.

To request Erik Stolhanske to speak at your next event, contact:
Robinson Speakers | The Gold Standard For Keynote Speakers
646-504-9849 | info@robinsonspeakers.com 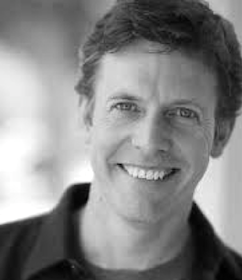