Daniel Yergin is a highly respected authority and speaker on energy, international politics and economics. Yergin is a Pulitzer Prize winner and recipient of the United States Energy Award for “lifelong achievements in energy and the promotion of international understanding.” He is both a world-recognized author and a business leader, as chairman of Cambridge Energy Research Associates (CERA), one of the world’s leading consulting and research firms in its field. He is also executive vice president of IHS, the parent company of CERA.

Yergin received the Pulitzer Prize for his work The Prize: The Epic Quest for Oil, Money and Power, which became a #1 bestseller and was made into an eight-hour PBS/BBC series, viewed by 20 million people in the United States. The book has been translated into 17 languages and has just been released in an updated edition.

Of Yergin’s subsequent book, Commanding Heights: The Battle for the World Economy, The Wall Street Journal said, “No one could ask for a better account of the world’s political and economic destiny since World War II.” It has been translated into 13 languages. Yergin led the team that turned it into a six-hour PBS/BBC documentary—the major PBS television series on globalization. The series received three Emmy nominations, a CINE Golden Eagle award, and the New York Festival’s Gold WorldMedal for best documentary.

Yergin is writing a new book on the challenges of energy and geopolitics. Yergin plays a leadership role in the global energy industry. He chaired the US Department of Energy’s Task Force on Strategic Energy Research and Development. He is a member of the Board of the United States Energy Association and a member of the US National Petroleum Council. He recently served as vice chair of the new National Petroleum Council study, Facing the Hard Truths about Energy. He also has become the only foreign member of the Russian Academy of Oil and Gas. He is one of the “Wise Men” of the International Gas Union.

He is CNBC’s Global Energy Expert.

Yergin was awarded the Medal of the President of the Republic of Italy for combining “an understanding of the dynamics of the market with a broad view of the forces of geopolitics as he seeks to point the way to the positive outcomes for the world community.”

Yergin has been named one of the 500 most influential people in the United States in the field of foreign policy by the World Affairs Councils of America. He is a Distinguished Visiting Fellow at the Center for Globalization at Yale University, a trustee of the Brookings Institution, on the Board of the New America Foundation, a director of the US-Russia Business Council and on the Advisory Board of Energy Initiative at the Massachusetts Institute of Technology and the Advisory Board of the Peterson Institute for International Economics. He is also a member of the Singapore International Advisory Panel on Energy.

To request Daniel Yergin to be a speaker at your next event, contact:
Robinson Speakers | The Gold Standard For Speakers
646-504-9849 | info@robinsonspeakers.com 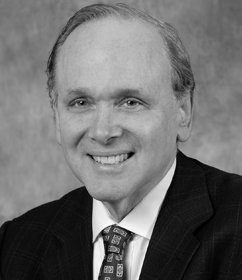