Andrew McAfee is the associate director of the Center for Digital Business at the MIT Sloan School of Management, studying the ways information technology (IT) affects businesses and business as a whole. His research investigates how IT changes the way companies perform, organize themselves, and compete, and at a higher level, how computerization affects competition, society, the economy, and the workforce. He was previously a professor at Harvard Business School and a fellow at Harvard’s Berkman Center for Internet and Society.

He is the author of Enterprise 2.0, published in November 2009 by Harvard Business School Press, and co-author of Race Against the Machine with Erik Brynjolfsson.

He writes for publications including Harvard Business Review, The Economist, Forbes, The Wall St. Journal, and The New York Times. He speaks frequently to both academic and industry audiences, most notably at TED 2013 and on the The Charlie Rose Show.

McAfee received his Doctorate from Harvard Business School, where he also taught, and completed two Master of Science and two Bachelor of Science degrees at MIT.

His second, book, Race Against the Machine: How the Digital Revolution is Accelerating Innovation, Driving Productivity, and Irreversibly Transforming Employment and the Economy, co-authored with Erik Brynjolfsson, brings together a range of data, examples, and research to show that the average US worker is being left behind by advances in technology.

McAfee coined the phrase “Enterprise 2.0” in a spring 2006 Sloan Management Review article to describe the use of Web 2.0 tools and approaches by businesses. He also began blogging at that time, both about Enterprise 2.0 and about his other research.

In the July / August 2008 issue of Harvard Business Review McAfee and Erik Brynjolfsson published “Investing in the IT that Makes a Competitive Difference,” a summary of their research investigating IT’s links to changes in competition. This work was the first to reveal that competition began to heat up in the US in the mid 1990s – to become faster paced, more turbulent, and more winner-take-all – and that this acceleration was greater in industries that spent more on IT. This research continues, and continues to highlight that technology appears to be significantly reshaping the landscape of competition.

In 2008 McAfee was named by the editors of the technical publishing house Ziff-Davis number 38 in their list of the “100 Most Influential People in IT.” He was also named by Baseline magazine to a separate, unranked list of the 50 most influential people in business IT that year. In 2009 he was the only non-executive in the Everything Channel’s group of the 100 most influential executives in the technology industry.

To request Andrew McAfee to be a speaker at your next event, contact:
Robinson Speakers Bureau | The Gold Standard For Keynote Speakers
+1 646-504-9849 | info@robinsonspeakers.com 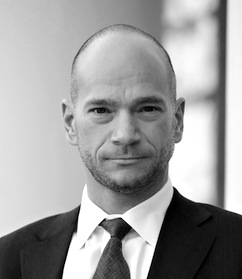