Scott is a thought leader that specializes in helping leaders see the world in new ways. He has used innovation, velocity, and future vision to build his own companies, and to advise clients. He speaks to audiences across the market spectrum and never fails to send them home with at least three new ideas that can be applied right away. Scott is one of very few people that can translate where technology and trends are going with a high level of flair. It is also rare to find someone that has his combination of both “over the horizon” vision, and “in the trenches” experience. He is about TRANSFORMING, not informing.

Scott Klososky currently engages clients on a broad array of advisory tasks that include IT department restructuring, software implementation and design, and technology utilization within organizations. In addition, he speaks professionally on subjects such as technology and leadership, and currently serves as an Advisory Board Member for Critical Technologies, a company he served as CEO from 2001 until 2004. Klososky’s role at Critical Technologies was to build-out a fledgling Web-based imaging product, rebuild the employee base and product line while also adding referenceable customers.

Previous to his position with Critical Technologies, Klososky served as Vice President of Production for iBEAM Broadcasting® Corporation. Klososky led a 150-person team that covered the geographical areas of California, Oklahoma, New York and London. Under his leadership iBEAM completed two acquisitions, produced $40 million of business to become one of the industry’s leading streaming communications solutions provider.

Scott was the founder and CEO of webcasts.com, a premier Internet broadcaster for interactive webcasts. Webcasts.com established itself as the Web’s only full-service broadcast production company, helping clients in the corporate, sports and entertainment industries webcast the most interactive, cost-effective, highest-quality productions. Webcasts.com was acquired by iBEAM for approximately $115 million in stock in April of
2000.

Klososky’s predecessor company to webcasts.com was an interactive marketing company, which effectively continued to operate as a division of webcasts.com. In 1999, he spearheaded the acquisition by webcasts.com of The Rock Island Group, a network design and management company, which developed and operated webcasts.com’s network for webcast delivery.

Klososky’s vision and leadership positioned webcasts.com to lead with innovations that include the first music CD to launch to the Internet, the first interactive CD-ROM to be used to lobby Congress, and the first CD-ROM/Web-based product designed to generate donations for a non-profit organization. The company’s clients included IBM, Compaq, AOL, Hewlett-Packard, Conoco Inc., and BMG Music, among others.

Prior to founding webcasts.com’s predecessor company in 1994, Klososky was a digital-age international entrepreneur. A protégé of former President Richard M. Nixon’s chief of staff, H.R. Haldeman, the pair collaborated on “The Haldeman Diaries,” a New York Times bestseller. Klososky had the foresight to work with Sony Entertainment and create the diaries into a book/CD-ROM, and it was one of Sony’s first profitable CD-ROM products in 1994. Mr. Haldeman passed away before the products were released, so Klososky represented Haldeman as the national book tour spokesman.

In 1988, at the age of 26, Klososky founded one of the first profitable Soviet/American joint ventures, ParaGraph, Inc., with Russian partners including Garry Kasparov, the world chess champion. ParaGraph designed the original handwritten text-recognition software for the Apple Newton and was later sold to Silicon Graphics. The ParaGraph software standard is now commonly used in personal digital assistants.

To request Scott Klososky to speak at your next event, contact:
Robinson Speakers | The Gold Standard For Keynote Speakers
646-504-9849 | info@robinsonspeakers.com 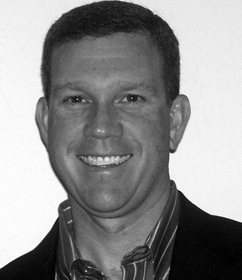