Ross Shafer grew up in the Pacific Northwest and graduated from the University of Puget Sound in Tacoma, Washington where he studied business management and played varsity football (linebacker). After college, he took a job as a training manager for a department store (Yard Birds) and was able to save $10,000. He took that money and launched his life as an entrepreneur. His first venture was as the owner/manager of America’s only Stereo and Pet Shop in the small town of Puyallup, Washington (population 5,000 at the time).

Cleaning pet cages wasn’t as appealing as it sounded to Ross, so after 3 years he closed the store and took a job as an advertising manager for the 28 store Squire Shops retail clothing chain in Seattle, Washington. Writing ad copy and concocting campaigns paid the bills, but at night Ross haunted local comedy clubs in search of a career in joke telling. After years of slogging around the comedy circuit, he won the Seattle International Comedy Competition and immediately became an opening act for performers like Crystal Gayle, Eddie Rabbitt, Nel Carter, Neil Sedaka, and Dionne Warwick.

In l985, Ross pitched a TV show idea to the NBC affiliate in Seattle (KING). It was a risky idea to emulate a local Letterman-like comedy talk show. Regardless, ALMOST LIVE was born and for the next 5 seasons Ross hosted the show while he and his team collected 36 Emmys. They won the Esquire Magazine dubious Achievement Award one year for attempting to change the Washington State song to Louie, Louie. During those years Ross also hosted an afternoon drive radio show on the 50,000 watt KJR-AM.

In l988, Ross was wooed by the Fox network to take over The Late Show. The Late Show was a nightly talk show that competed with The Tonight Show and David Letterman. The show lasted a year and Ross next found himself in New York co-hosting Days End on the ABC network. It was here that he sat beside Matt Lauer and Spencer Christian as they interviewed the movers and shakers of New York and the world. Dick Clark told Ross, Always have a back up plan, my boy, TV is terminal and predictably Days End was cancelled. Ross always wondered what happened to Matt Lauer? Ha!

The next stop for Ross was hosting the revised Match Game on the ABC network. Love Me, Love Me Not followed and numerous TV pilot projects.

By this time, Ross was headlining all of the leading night clubs and casinos. He produced a highly acclaimed comedy album about the Clinton administration titled Inside The First Family. He also wrote a comedy cookbook that became a best seller; Cook Like A Stud – 38 recipes men can prepare in the garage with their own tools.

In 1994, Ross heard Bill Gates give a speech where he said, “Someday you will all be watching television on your telephones.” Ross took that message to heart and he made the decision to leave TV and get back to his corporate training roots. Human nature and the human condition were always fascinating to Ross because that’s what comedians do. They study the laughter and tears business. To date Ross has produced (14) Human Resource training films on Customer Service, Motivation, Leadership, and Peer Pressure and has authored the business books, Nobody Moved Your Cheese, Customer Empathy, The Customer Shouts Back, Are You Relevant?

12 Reasons Smart Organizations Thrive in Any Economy and Grab More Market Share:How to Wrangle Business Away from Lazy Competitors.

Today, Ross is one of the most sought after Keynote speakers and seminar leaders on the subjects of Customer Empathy, Personal Motivation, and Business Relevance. The father of two grown sons, Adam and Ryan, he lives in in Denver, Colorado with his wife Leah and their daughter Lauren.

To request Ross Shafer to speak at your next event, contact:
Robinson Speakers | The Gold Standard For Keynote Speakers
646-504-9849 | info@robinsonspeakers.com 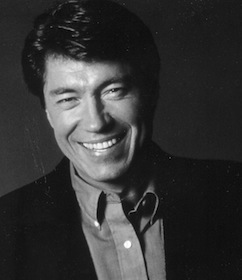