The Inside Story From The White House Bunker : 9-11

“Lt. Col. Darling’s account of his participation in protecting our nation during the worst attacks in our history is gripping! It reminds us that this is not yet part of our history but still a present on-going threat.”
~ Rudolph W. Giuliani Former Mayor, City of New York

One of the most electrifying speakers on the market, Lieutenant Colonel Robert Darling brings audiences into the White House Bunker during September 11th, 2001. The room is locked behind a heavily-guarded 2 foot thick steel door, with a ceiling built from rebar and 10-feet of concrete. In there, Darling was shoulder-to-shoulder with Vice President Dick Cheney, and Condoleezza Rice, as the largest terrorist attack in United States history was unfolding.

This is a blow-by-blow account of what happened. Planes collapsing both World Trade Center Towers leaving a suspected 40,000 dead or injured in Manhattan, another jet crashing into the Pentagon, F-16’s clearing the airspace above the Nation’s capital, and how George W. Bush was masterfully protected as the United States moved to DEFCON-3, two ticks away from imminent nuclear war.

Darling is now retired from the Marines after twenty years of active duty. He flew Cobra attack helicopters in Desert Shield and Desert Storm during the first Gulf War. He served in Somalia to support Operation Restore Hope. In June 1998, he was selected to fly as a presidential pilot with Marine Helicopter Squadron One and in October 2000, he was selected to work for The White House Military Office, Airlift Operations Department. It was in that capacity that, then Major Darling supported the President, Vice President and National Security Advisor in the Presidential Emergency Operations Center (PEOC) on September 11, 2001.

After graduating with an Economics Degree from Iona College, Darling was commissioned a 2nd Lieutenant aboard the USS Intrepid. In 2002 Bob attended the Naval Postgraduate School, Monterey, CA where he earned his MBA in Financial Management.

His memoir, “24 Hours Inside the President’s Bunker, 9/11/01″ is an eyewitness account of American history, and a masterclass in risk managemet. Robert Darling shares his experience and knowledge of crisis leadership with military, corporate, and university audiences around the world. He is the President of Quantitative Analytics, LLC, an aviation operations and logistics consulting company located in Stafford, Virginia.

To request Robert Darling to be a guest speaker at your next event, contact:
Robinson Speakers Bureau | The Gold Standard For Speakers
+1 646-504-9849 | info@robinsonspeakers.com 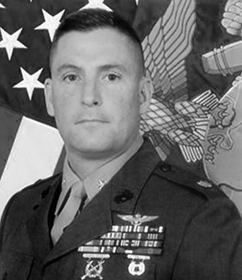