Riva Levinson has worked in some of the most dangerous environments on earth, and has met with some the world’s most brutal dictators – in wartorn Somalia during the late 80’s, Iraq in 2003, Liberia during the savage reign of Charles Taylor. Riva is a political maneuverer, indirectly responsible for some of America’s great victories in Africa – Democracy in Liberia, advising Ellen Johnson Sirleaf throughout her rise to power, getting US Aid to stamp out Ebola.

She is the President & CEO of KRL International LLC, the Washington DC based consultancy firm, providing sought-after strategy on international policy issues. She has managed highly complex projects across the globe, though it is in Africa where Riva has dedicated herself, particularly in post-conflict environments.

She is the long-time advisor to Liberian President Ellen Johnson Sirleaf, the first woman elected to lead an African nation, and a Nobel Laureate for Peace. The Hill, a prominent Washington newspaper, reported that Riva “has been in trickier spots and taken up more daunting causes than all but a few other lobbyists in town.”

Her recent memoir, Choosing the Hero, My Improbable Journey and the Rise of Africa’s First Woman President is highly acclaimed. US Senator Jeff Flake stated, “Riva’s book gives us a peek behind the curtain of how US foreign policy is formulated and practiced.” Tony Elumelu, one of Africa’s most prominent business leaders stated, “Riva’s story is a profound lesson to all of us in the importance of courage and perseverance in the pursuit of a life with purpose.”

Riva has been interviewed by Forbes, The Wall Street Journal, Fortune and NPR. She has been profiled in The London Guardian, Le Monde and CQ Roll Call and featured on CSPAN. Riva is also regular contributor to The Hill and has appeared on Voice of America television and on CNN.

Riva has a B.A. in Economics & International Affairs from Tufts University and a M.A. in Security Studies from Georgetown University and has completed graduate courses at the University of Barcelona in Political Economy. Riva is married with two children and resides of Northern Virginia.

To request Riva Levinson to be a guest speak at your next event, contact:
Robinson Speakers Bureau | The Gold Standard For Speakers
+1 646-504-9849 | info@robinsonspeakers.com 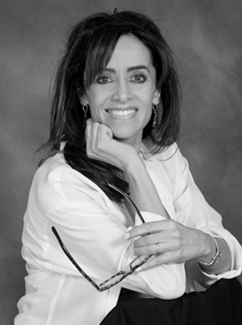