Richard Barton is the Founder and Chief Executive Officer of Zillow.com. Before creating Zillow.com, Barton founded the online travel site Expedia. Expedia was started within Microsoft in 1994, then spun out of Microsoft in 1999. Barton served as the President, Chief Executive Officer and a Director until March 2003. By that time, Expedia had grown to become the largest online seller of travel in the world.

From 1991 to 1994, Barton worked in various product management roles at Microsoft. He currently is a venture partner at Benchmark Capital and on the board of NetFlix and Avvo.

Barton resigned as president and CEO of Expedia effective March 31, 2003. Barton left the company at the height of its financial earnings history, with the company having booked $5.3 billion in gross revenue for the 2002 calendar year. He listed personal reasons for his departure, specifically the desire to live in Europe for a year.

He holds a B.S. in Industrial Engineering from Stanford University.

To request Richard Barton to speak at your next event, contact:
Robinson Speakers | The Gold Standard For Keynote Speakers
646-504-9849 | info@robinsonspeakers.com 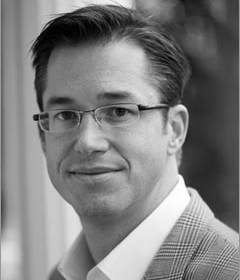