Dr. Nido Qubein came to the United States as a teenager with little knowledge of English and only $50 in his pocket. His journey has been an amazing success story. The Biography Channel and CNBC aired his life story titled “A Life of Success and Significance.”

As an educator, he is president of High Point University, an undergraduate and graduate institution with 4,300 students from 40 countries. He has authored two dozen books and audio programs distributed worldwide.

As a business leader, he is chairman of the Great Harvest Bread Company with 220 stores in 43 states. He serves on the boards of several national organizations including BB&T (a Fortune 500 company with $185 billion in assets), the La-Z-Boy Corporation (one of the largest and most recognized furniture brands worldwide) and Dots Stores (a chain of fashion boutiques with more than 400 locations across the country).

As a professional speaker, Dr. Qubein has received many distinctions including the Golden Gavel Medal, induction into the International Speaker Hall of Fame and as the founder of the NSA Foundation in Arizona.

He has been the recipient of many honors including The Ellis Island Medal of Honor, along with four U.S. presidents; The Horatio Alger Award for Distinguished Americans, along with Oprah Winfrey and Supreme Court Justice Clarence Thomas; the DAR Americanism Medal, the Order of the Long Leaf Pine, Sales and Marketing International’s Ambassador of Free Enterprise, Leadership North Carolina Governor’s Award, and Citizen of the Year and Philanthropist of the Year in his home city of High Point, North Carolina.

To request Nido Qubein to speak at your next event, contact:
Robinson Speakers | The Gold Standard For Keynote Speakers
646-504-9849 | info@robinsonspeakers.com 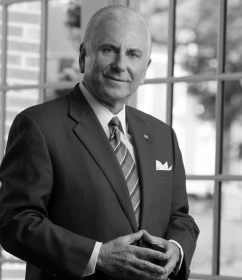