At Chicago Booth, Zonis taught courses on Business Leadership, Geo-Politics, and eBusiness. He was the first professor at the Business School to teach a course on the effects of digital technologies on global business. He also consults to corporations and professional asset management firms throughout the world, helping them to identify, assess, and manage their political risks in the changing global environment. He is a member of the Board of Advisers for the Comptroller General of the United States at the GAO, the Board of Directors of CNA Financial, a Fellow of PWC-Diamond Advisory Services, and also a member of the Board of Directors of the Fondation Etats Unis, Paris.

Zonis has written extensively on globalization, digital technologies, emerging markets, Middle Eastern politics, the oil industry, Russia, and U.S. foreign policy. He is a leading authority on the Middle East and has spent the last 50 years studying Islam and the Middle East. He is the former director of the Center for Middle Eastern Studies at the University of Chicago and former president of the American Institute of Iranian Studies. He has lived in Iran, hitchhiked in Afghanistan and Pakistan in 1963, studied Islam in Iraq beginning in 1964, and has traveled extensively throughout other parts of the region, as well.

His writings have been published in numerous journals.His books include Risk Rules: How Local Politics Threaten the Global Economy (May 2011) ; The Kimchi Matters: Global Business and Local Politics in a Crisis Driven World ; The Eastern European Opportunity ; Majestic Failure: The Fall of the Shah; Khomeini and the IslamicRepublic of Iran; and The Political Elite of Iran. He was educated at Yale University, the Harvard Business School, the Massachusetts Institute of Technology, where he received a Ph.D. in Political Science, and the Institute for Psychoanalysis, Chicago, where he received psychoanalytic training.

To request Marvin Zonis to be a speaker at your next event, contact:
Robinson Speakers Bureau | The Gold Standard For Keynote Speakers
+1 646-504-9849 | info@robinsonspeakers.com 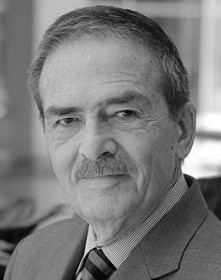