He won races in sports cars, sprint cars and stock cars – on ovals, road courses, drag strips, on dirt and on pavement. He won at virtually every level of motorsports since he arrived in America from his native Italy at age 15. He is a racing icon, considered by many to be the greatest race car driver in the history of the sport.

Assessing his legacy is easy…he drove the careers of three men. He drove with a passion and joy that few have equaled – and he won. Mario Andretti took the checkered flag 111 times during his career – a career that stretched five decades.

And he was competitive all of those years: He was named Driver of the Year in three different decades (the 60s, 70s, 80s), Driver of the Quarter Century (in the 90s) and the Associated Press named him Driver of the Century in January, 2000.

The admiration for Andretti has been for his achievements on the race track. He is in the very elite, top-superstar category of his game. Yet, if you look at his whole life, he has seen the world that most people will never see.

To request Mario Andretti to be a guest speaker at your next event, contact:
Robinson Speakers Bureau | The Gold Standard For Speakers
+1 646-504-9849 | info@robinsonspeakers.com 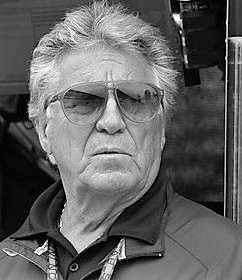