Named one of “America’s Best Leaders” by U.S. News and one of TIME’s 100 “Innovators for the 21st century,” Linda Rottenberg is considered among the world’s most dynamic experts on entrepreneurship, innovation and leadership. A frequent lecturer at Fortune 500 companies, Rottenberg is the subject of four case studies by Harvard Business School and the Stanford Graduate School of Business. Her pioneering work also earned her a host of nicknames: ABC and NPR declared her “the entrepreneur whisperer,” Tom Friedman dubbed her the world’s “mentor capitalist,” Business Insider named her “Ms. Davos,” and for years she was known as “la chica loca” (the crazy girl) for insisting that entrepreneurs existed not only in Silicon Valley but also in emerging markets around the world.

Rottenberg is co-founder and CEO of Endeavor, the world’s leading organization supporting high-impact entrepreneurs. Headquartered in New York with 50 offices across the globe, Endeavor identifies, mentors and co-invests in individuals with the biggest ideas, the likeliest potential to build companies that matter, and the greatest ability to inspire others. Since 1997, Rottenberg’s network has screened 40,000 candidates, handpicked 1,000 Endeavor Entrepreneurs, and helped them grow to provide 400,000 jobs and generate $7 billion annually. After spawning entrepreneurship ecosystems around the world, in 2013 Endeavor brought its proven scale up model to the U.S.

Rottenberg is also author of the New York Times best-seller, CRAZY IS A COMPLIMENT: The Power of Zigging When Everyone Else Zags, published in October 2014. In her book, she argues that entrepreneurship isn’t just for young techies in hoodies. Whether you work at a Fortune 500 company, a non-profit, a mom-and-pop, or a startup, everybody needs the mindset to think and act like a change-maker. We all need to be nimble, adaptive, daring, and maybe even a little crazy, or risk being left behind.

Rottenberg serves on the board of Zayo Group, a global provider of bandwidth infrastructure (NYSE: ZAYO). She a member of the Council on Foreign Relations and Young Presidents Organization (YPO) and serves on the entrepreneurship steering committee of the World Economic Forum.

Rottenberg has been profiled in The Wall Street Journal, Forbes, The Economist, Financial Times, USA Today, Strategy + Business, People, Glamour and MORE, and has appeared on Good Morning America, TODAY, Morning Joe, Nightline, NPR, CNBC, CNN, Fox News, Fox Business, and Bloomberg News. Dell featured her in its “Take Your Own Path” ad campaign and Veuve Clicquot named her Businesswoman of the Year.

A graduate of Harvard University and Yale Law School, Rottenberg lives in Brooklyn with her husband, author and New York Times columnist Bruce Feiler, and their identical twin daughters.

To request Linda Rottenberg to speak at your next event, contact:
Robinson Speakers | The Gold Standard For Keynote Speakers
646-504-9849 | info@robinsonspeakers.com 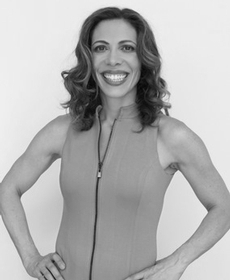