John Sileo Biography:
John’s identity was stolen out of his business and used to commit a series of crimes, including $300,000 worth of embezzlement. While the thief operated behind the safety of John’s identity, John and his business were held legally and financially responsible for the felonies committed. Forced to defend his innocence, John spent two stressful years and $12,000 on a criminal lawyer to keep from going to jail.

During that time, John became an expert in identity theft prevention and mitigation strategies. The mindsets of prevention he developed during this experience are the basis of his critically-acclaimed, Award-Winning Book, Stolen Lives: Identity Theft Prevention Made Simple, and are responsible for the successful capture and conviction of his imposter. Recently, Stolen Lives was chosen as the #1 Business Book at the EVVY Awards.

John is the president of The Sileo Group, a 43-year-old Idea-lab focused on guiding organizations to proactively protect their privacy. The Sileo Group trains on how to quickly detect and deter data theft and financial fraud on all rungs of the corporate ladder, from the mailroom to the boardroom.

John is the founder of four successful businesses in the fields of executive education, internet software, web-auctions and consulting. Formerly a management consultant with Mercer Management Consulting, John advised Fortune 500 clients, including Bank of America, Texaco and Sprint on internal and external strategic initiatives.

John is a Rotary Ambassadorial Scholar (New Zealand) and graduated with Honors from Harvard University. He lives happily at the foot of the Rocky Mountains with his amazing wife, two highly-spirited daughters, acoustic guitar and Cairn terriers.

To request John Sileo to speak at your next event, contact:
Robinson Speakers | The Gold Standard For Keynote Speakers
646-504-9849 | info@robinsonspeakers.com 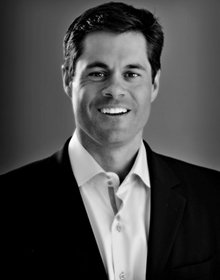