CEO and Founder of Whole Foods

John Mackey (born August 15, 1953) is an American businessman. He is the current co-CEO of Whole Foods Market, which he co-founded in 1980. Named the Ernst & Young Entrepreneur of the Year in 2003, Mackey is a strong supporter of free market economics. He is one of the most influential advocates in the movement for organic food.

Mackey was born on August 15, 1953 in Houston, Texas to Bill and Margaret Mackey. He has a sister and a brother.

Mackey was a student of philosophy and religion at the University of Texas at Austin and Trinity University in the 1970s, and worked at a vegetarian co-op. Mackey, who was a vegetarian for 30 years, now identifies as a vegan.

Mackey co-founded his first health food store, SaferWay, with his girlfriend Renee Lawson (Hardy) in Austin in 1978. They met while living in a vegetarian housing co-op. They dropped out of college.

They borrowed $10,000 and raised $35,000 more to start SaferWay. At the time, Austin had several small health food stores. The two ran the market on the first floor, a health food restaurant on the second, and, for a short time, lived in the third story of their building. In two years, they merged SaferWay with Clarksville Natural Grocery run by Mark Skiles and Craig Weller and renamed the business Whole Foods Market. All four (Mackey, Hardy-Lawson, Skiles and Weller) are considered co-founders of the business.

Mackey built Whole Foods into an international organization, with outlets in major markets across the country, as well as Canada and the United Kingdom. Along the way he bought out smaller competitors. In 2007 Whole Foods purchased a major natural foods supermarket competitor, Wild Oats Markets, Inc.

Whole Foods was the first grocery chain to set standards for humane animal treatment. Mackey was influenced by animal rights activist, Lauren Ornelas, who criticized Whole Foods’ animal standards regarding ducks at a shareholder meeting in 2003. Mackey gave Ornelas his email address and they corresponded on the issue. He studied issues related to factory farming and decided to switch to a primarily vegan diet that included only eggs from his own chickens. Since 2006, he has followed an entirely plant-based diet. He advocates tougher animal standards.

Despite Whole Foods’ welfare standards, Mackey has been criticized by abolitionist vegans such as Gary L. Francione, who believes the Whole Foods company policies betray the animal rights position. By other accounts, Mackey is the “driving force” behind significant changes in animal welfare. For instance, he started a non-profit foundation, the Animal Compassion Foundation, to address making animal welfare more economically viable. The Animal Compassion Foundation folded in 2008 with the formation of the Global Animal Partnership, a non-profit organization that is independent of Whole Foods Market. Mackey is on the Board of Directors of Global Animal Partnership. He has been a member of the Board of Directors for the Humane Society of the United States since 2009.

In 2006, Mackey announced he was reducing his salary to $1 a year, would donate his stock portfolio to charity, and set up a $100,000 emergency fund for staff facing personal problems. He wrote: “I am now 53 years old and I have reached a place in my life where I no longer want to work for money, but simply for the joy of the work itself and to better answer the call to service that I feel so clearly in my own heart.”

He has instituted caps on executive pay at the company.

To request John Mackey to speak at your next event, contact:
Robinson Speakers | The Gold Standard For Keynote Speakers
646-504-9849 | info@robinsonspeakers.com 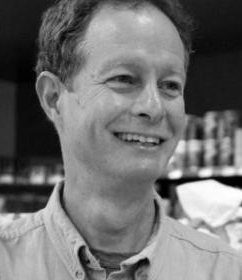