Vanguard is the largest mutual fund organization in the world. Headquartered in Malvern, Pennsylvania, Vanguard comprises approximately 170 mutual funds with current assets totaling more than $2 trillion. Vanguard 500 Index Fund, the largest fund in the group, was founded by Mr. Bogle in 1975. It was the first index mutual fund. The story of his life and career is told in John Bogle and the Vanguard Experiment: One Man’s Quest to Transform the Mutual Fund Industry, by Robert Slater (1996) and The House That Jack Built, by Lewis Braham (2011).

In 2004, TIME magazine named Mr. Bogle as one of the world’s 100 most powerful and influential people, and Institutional Investor presented him with its Lifetime Achievement Award. In 1999, Fortune designated him as one of the investment industry’s four “Giants of the 20th Century.” In the same year, he received the Woodrow Wilson Award from Princeton University for “distinguished achievement in the Nation’s service.” In 1997, he was named one of the “Financial Leaders of the 20th Century” in Leadership in Financial Services (Macmillan Press Ltd., 1997). In 1998, Mr. Bogle was presented the Award for Professional Excellence from the Association for Investment Management and Research (now the CFA Institute), and in 1999 he was inducted into the Hall of Fame of the Fixed Income Analysts Society, Inc.

Mr. Bogle is a best-selling author, beginning with Bogle on Mutual Funds: New Perspectives for the Intelligent Investor (1993); Common Sense on Mutual Funds: New Imperatives for the Intelligent Investor (1999); John Bogle on Investing: The First 50 Years (2000); Character Counts: The Creation and Building of The Vanguard Group (2002); Battle for the Soul of Capitalism (2005); The Little Book of Common Sense Investing (2007); Enough: True Measures of Money, Business, and Life (2008); Common Sense on Mutual Funds, Fully Updated 10th Anniversary Edition (2009); and Don’t Count On It! Reflections on Investment Illusions, Capitalism, “Mutual” Funds, Indexing, Entrepreneurship, Idealism, and Heroes (2010). His tenth book, Clash of the Cultures: Investment vs. Speculation, was released in August of 2012.

Mr. Bogle served as Chairman of the Board of Governors of the Investment Company Institute in 1969-1970, and as a member of the Board in 1969-1974. In 1997, he was appointed by then-U.S. Securities and Exchange Commission Chairman Arthur Levitt to serve on the Independence Standards Board. In 2000, he was named by the Commonwealth’s Chamber of Commerce as Pennsylvania’s Business Leader of the Year.

Mr. Bogle was born in Montclair, New Jersey, on May 8, 1929. He now resides in Bryn Mawr, Pennsylvania, with his wife, Eve. They are the parents of six children and the grandparents of twelve.

To request John Bogle to speak at your next event, contact:
Robinson Speakers | The Gold Standard For Keynote Speakers
646-504-9849 | info@robinsonspeakers.com 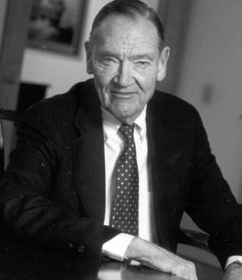