Jade Simmons is a creator of transformational experiences designed to activate audiences into becoming the biggest, boldest version of themselves possible. The world- class concert artist has been called a “musical force of nature” with an “uncanny ability to connect with the sounds of today.” Jade is the CEO of Jade Media Global, a revolutionary live experience and global content distribution company specializing in 360o personal development and strategic transformation.

Following an artistic epiphany, she pivoted from playing the piano to impress audiences, to using  music as the vehicle by which to provide the inspiration, entertainment, and transformation that profoundly moves them instead.

Nicknamed “Classical Music’s #1 Maverick,” her electrifying, genre-bending concert adventures span Rachmaninoff all the way to rap and include virtuoso storytelling, uncommon insights , and boundless inspiration. Today, Jade’ s experiences not only delight concert audiences , but her dazzling, high-impact presentations are fast becoming the go-to fuel for the world’ s superlative brands and organizations from financial services, biotech, entertainment, education, energy and beyond.

In her inimitable career as a concert pianist, Jade has remained committed to expanding the boundaries of Classical music. Simmons has toured the US extensively in recital and with orchestra highlighted by performances at venues as wide- ranging as Ravinia, the Chicago Sinfonietta in Symphony Hall, New York’ s Town Hall, Detroit Institute of Arts, and the halls of the White House. She has been named one of the Best of South By Southwest and has also received the Sphinx Organization’ s Medal of Excellence in a concert held at the US Supreme Court.

Simmons is also the author of the best-selling Audacious Prayers for World Changers. As an equal-opportunity disrupter, in 2020, the Maverick made her boldest leap yet as founder of Operation Restoration, which powered her run as an Independent candidate for President of the United States. Her platforms prioritize people and unifying policies over politics as usual.

To request Jade Simmons to be a guest speaker at your next event, contact:
Robinson Speakers Bureau | The Gold Standard For Speakers
+1 646-504-9849 | info@robinsonspeakers.com

Carla Harris: The 50 Most Powerful Black Executives in Corporate America 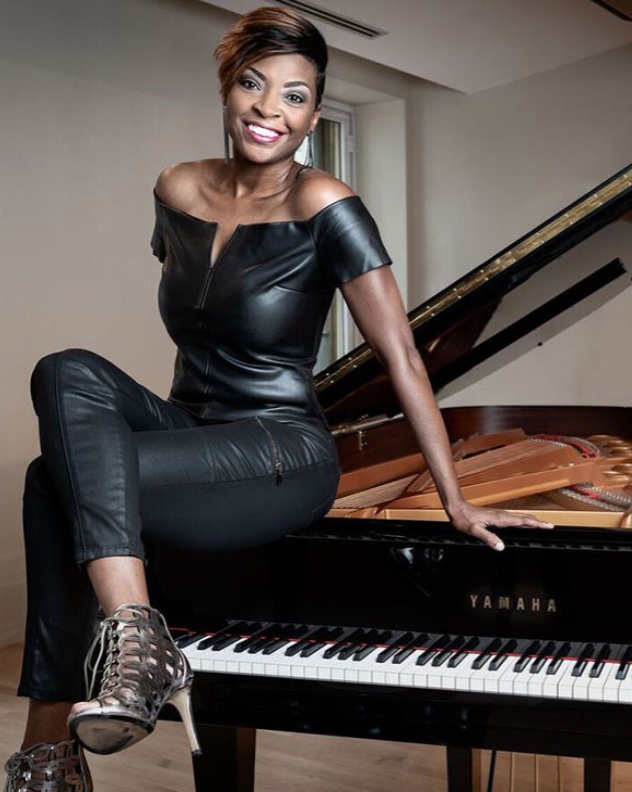