On July 26, 1997, Don Shula capped off an illustrious career when he was inducted into the Pro Football Hall of Fame in Canton, Ohio – his first year of eligibility. Shula’s unanimous election to the Hall was the ultimate honor in a career full of record-setting accomplishments.

Throughout his football career and during his 30+ years of building the Shula’s Restaurants enterprise, Shula has always given considerable time and financial support to many area charities, with an emphasis on cancer charities.

The Don Shula Foundation was established as a tribute to his late wife, Dorothy, over 20 years ago with a mission to fund breast cancer research. Shula has also been active in the American Cancer Society, March of Dimes, American Red Cross, the United Way, and Catholic Charities.

Because of his successes on the football field and his long-time civic and charitable service, Shula has received countless prestigious awards recognizing his contributions.

To request Don Shula to be a guest speaker at your next event, contact:
Robinson Speakers Bureau | The Gold Standard For Speakers
+1 646-504-9849 | info@robinsonspeakers.com 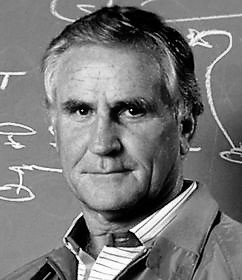