Dick Costolo is the former CEO of Twitter, where he was responsible for the growth and management of the global business. During his tenure at Twitter from 2010-2015, the global active user base quadrupled to more than 284 million monthly active users; the company tripled in size, and opened offices around the world. Under Dick’s leadership, Twitter introduced “Promoted Tweets” — contextual advertising based on user interests displayed in Tweets — to increase revenue for the company. Besides its growing effectiveness as a business, Twitter is today renowned as a real-time platform that enables people and organizations to publicly share brief messages instantly around the world, a vital tool in an increasingly global society.

He originally joined Twitter in 2009 as Chief Operating Officer, responsible for both monetization and dayto-day operations. Previously, he was co-founder and CEO of FeedBurner, a digital content syndication platform that was acquired by Google in 2007. Prior to that, Dick founded two digital media companies in Chicago: SpyOnIt, a web page monitoring service, and Burning Door Networked Media, a web design and development consulting company. He was also an improv performer with the acclaimed Annoyance Theater. He graduated from the University of Michigan with a B.S. in Computer Science and has been recognized by UM with an honorary Doctor of Laws degree.

To request Dick Costolo to speak at your next event, contact:
Robinson Speakers | The Gold Standard For Keynote Speakers
646-504-9849 | info@robinsonspeakers.com 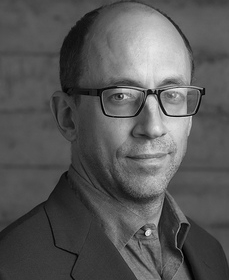