David is one of Ireland’s most respected commentators, beginning his career as the youngest economic advisor in the Maastrict Treaty negotiation team, to becoming Ireland’s best selling non-fiction author.

As Irelands leading economist he is a regular contributor radio and TV on the current economic trends, he currently writes a column for the Sunday Business Post and the Irish Independent and author of the Best Selling book ‘The Popes Children’ – a unique and brilliant survey of Ireland today. Most recently David has brought economics to the national theatre with his one-man-show “Outsiders” – a unique partnership with the Abbey Theatre.

David was nominated by the World Economic Forum at Davos as one of the young global leaders of 2007. This honour is bestowed each year by the World Economic Forum to recognize and acknowledge the top 250 young leaders from around the world for their professional accomplishments, their commitment to society and their potential to contribute to shaping the future of the world.

David has built a cast iron reputation in Irish finance, economics and politics as being an uncompromising thinker, fiercely independent and unforgivingly analytical in the way he looks at this country.

David has interviewed some of the most influential and thought provoking characters of our age. From Henry Kissinger on America’s place in the world to Mikhail Gorbachev on love and loss, Rudi Guilianni on crime and to Hillary Clinton on the “great right wing conspiracy”.

David regularly speaks to national and international corporate audiences highlighting the most important economic issues for organisations and accurately forecasting events and their repercussions.

Podcast 2012: Recipes for change: How food is changing the cultural and community life of cities 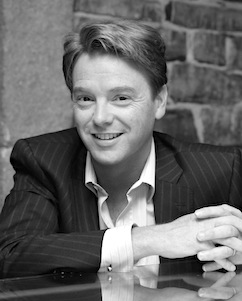