Buettner’s colossal research effort, funded in part by the National Geographic Expeditions Council and the National Institute on Aging, has taken him from Costa Rica to Italy to Japan and beyond. He has discovered that the way people interact with each other, nourish their bodies, and view their world impacts the extent and quality of their lives.

Buettner’s National Geographic cover story on longevity, “The Secrets of Living Longer”, was one of the magazine’s top-selling issues in history and a made him a finalist for a “National Magazine Award”. His books The Blue Zones: Lessons for Living Longer From the People Who’ve Lived the Longest (2008) and Thrive: Finding Happiness the Blue Zones Way (2010) appeared on many best seller lists and were both featured on Oprah.

In 2009, Buettner and his partner, AARP, applied principles of The Blue Zones to Albert Lea, Minnesota, and successfully raised life expectancy and lowered health care costs by some 40 percent. He’s currently working with Healthways to implement the program in the Beach Cities of Los Angeles and the entire state of Iowa. Their strategy focuses on optimizing the health environment instead of individual behavior change. Writing in Newsweek, Harvard University’s Walter Willet called the results “stunning.”

Buettner has written for Outside, LIFE, and National Geographic magazines and has been profiled in People, The New York Times, The Wall Street Journal, Sports Illustrated, The Washington Post, and USA Today. He also holds three world records in distance cycling and has won an “Emmy Award” for television production.

To request Dan Buettner to speak at your next event, contact:
Robinson Speakers | The Gold Standard For Keynote Speakers
646-504-9849 | info@robinsonspeakers.com 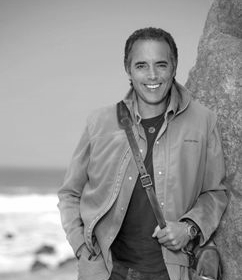