One of the World’s Greatest Tennis Players

Chris Evert became the youngest tennis player to reach the semifinals of the U.S. championship in 1971. She reigned for 7 years as the #1 player in the world.

Athlete. Tennis player. Born Christine Marie Evert on December 21, 1954, in Fort Lauderdale, Florida, Chris Evert began taking tennis lessons at age 5, and at 16 years old became the youngest tennis player to reach the semi-finals of the U.S. championship in 1971. In her career, Chris Evert won 157 single’s titles, 18 grand slams and reigned for seven years as the No. 1 player in the world.

To request Chris Evert to speak at your next event, contact:
Robinson Speakers | The Gold Standard For Keynote Speakers
646-504-9849 | info@robinsonspeakers.com 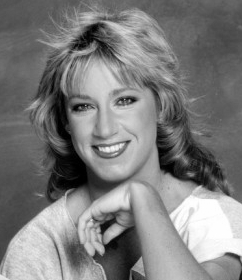