Cal Ripken, Jr. is baseball’s all-time Iron Man. He retired from the game in 2001 after a hall of fame career that spanned over the course of 21 seasons, all with the Baltimore Orioles. While he’s best known for his incredible streak of 2,632 consecutive games played, he also redefined the position of shortstop.

Traditionally viewed as a position from which you wouldn’t expect a lot of offense, Ripken ushered in an era of superstar shortstops that could not only handle the rigors of the position defensively, but regularly hit 20-30 home runs and bat .300.19-time All-Star and two-time American League Most Valuable Player Cal Ripken thus reinvented his position.

Ripken called it quits on his 21-year career at the end of 2001. Along with his amazing streak, he clubbed an impressive 431 home runs, including a record 345 as a shortstop. He also ranked among the all-time leaders with 3,001 games played, 3,184 hits and 603 doubles. When his time came for enshrinement in the Baseball Hall of Fame in 2007, he was named on 98.5 percent of the ballots cast, the third-highest percentage in history.

Since retiring from the sport, Ripken has devoted his time to business endeavors and philanthropic work. He has written several books, including The Ripken Way: A Manual for Baseball and Life (1999) and Parenting Young Athletes the Ripken Way: Ensuring the Best Experience for Your Kids in Any Sport (2006). He has also co-authored a series of young adult books with sportswriter Kevin Cowherd.

Ripken serves as chairman and CEO of Ripken Baseball, which owns multiple minor league baseball teams and runs youth camps and clinics, among other ventures. His brother Bill, also a former MLB player, is co-chairman and executive vice president of the company.

To request Cal Ripken Jr. to be a guest speaker at your next event, contact:
Robinson Speakers Bureau | The Gold Standard For Speakers
+1 646-504-9849 | info@robinsonspeakers.com

Ozzie Smith: The Wizard of Oz 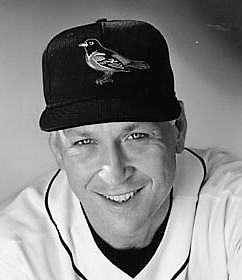