Brian Solis is a digital analyst, business strategist, and futurist who creates new media strategies and frameworks that build bridges between companies and customers, and with employees and key stakeholders. As a Principal Analyst at Altimeter Group, he specializes in change management that empowers business leaders to introduce new media resources, systems and processes, as well as to deliver the infrastructure that enables organizations to “embrace and excel” in today’s era of the connected customer.

As a global influencer in new media and top-selling author, Brian’s thought leadership has gained him a substantial following and numerous accolades. In 2012, Billboard Magazine included Brian in “Billboard’s Twitter 140: The Music Industry Characters You Need to Follow,” and Mashable named Brian as one of the “25 Twitter Accounts That Will Make You Smarter.”

His blog, BrianSolis.com, is consistently ranked in the Top 10 of the Ad Age Power 150, and ranks among the top 1% of all blogs tracked by Technorati. Brian was named an “influential leader” by CRM Magazine in 2010, and also named one of “Silicon Valley’s 40 Under 40” in 2008. He is regularly quoted by media outlets such as The New York Times, The Guardian, and The Wall Street Journal, and has nearly 200,000 followers on Twitter.

As an author, Brian actively contributes to Fast celebrexhome Company, Businessweek, Ad Age, Harvard Business Review, and Mashable. Brian’s new book, What’s the Future of Business? (WTF), explores the landscape of connected consumerism and how business and customer relationships unfold and flourish in four distinct Moments of Truth. His previous book, The End of Business as Usual, explores the emergence of Generation-C, a new generation of connected customers and employees, and illustrates how businesses must adapt to reach them.

Brian is also the author of Engage!, regarded as the industry’s go-to playbook for marketing, sales and service in the social web, and Putting the Public in Public Relations, one of the first books written to address the intersection of public relations and social media, in 2009.

Additionally, Brian is a sought-after speaker, and shares his vision and experiences through keynotes and presentations at conferences and events around the world. Brian helps organizations understand and embrace the dynamics around social business, and focuses on education, inspiration and strategic alignment in his speaking engagements. Brian has made more than 450 presentations to universities, businesses and organizations, having appeared at events ranging from South by Southwest (SXSW) and TEDx to engagements for clients such as L’Oreal, 3M, Oracle and Google.

Prior to joining Altimeter Group, Brian led interactive and social programs for Fortune 500 companies, notable celebrities, and Web 2.0 startups since 1999 as Principal of FutureWorks.

To request Brian Solis to be a speaker at your next event, contact:
Robinson Speakers Bureau | The Gold Standard For Keynote Speakers
+1 646-504-9849 | info@robinsonspeakers.com 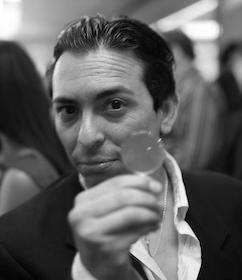